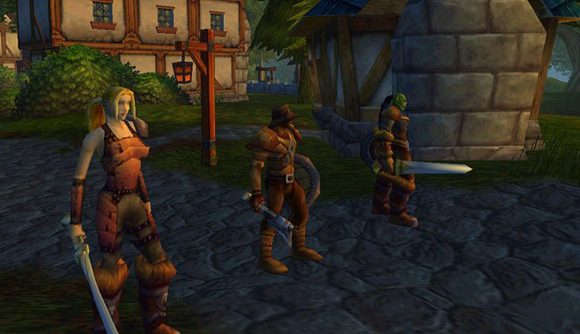 Last week, Blizzard said there would be a time limit for the World of Warcraft Classic demo. Today, we’ve gotten details on that time limit. You’ll get an hour to play, and that hour will be reset on a 90 minute cooldown. Blizzard says “our goal is to lift session limits as quickly as we feasibly can after the demo goes live,” so hopefully the limitation won’t last too long.

The 90 minute cooldown starts when you begin the demo, not afterward. So if you play the full 60 minutes, you’ll only have to wait 30 more before you get another hour. Start by playing for 30 minutes, and your timer will reset after another 60. It’s a slightly confusing way to go, but ideally the limitation won’t last too long.

Confirmation of the time limit’s details comes via the Battle.net forums, and Blizzard detailed the contents of the demo in an earlier announcement. However long your session lasts, your character and progress will be saved for the duration of the trial. Characters start at level 15 and will be capped at 19, though you’ll have multiple character slots to mess around with different classes.

Horde players will have access to the Barrens and Alliance players will get Westfall. Those’ll be the only zones open for exploration, but they’ll come complete with most of their original run of quests and content. You won’t have access to Deadmines and Wailing Caverns dungeons, however, and all PvP options will be limited to dueling.

The announcement also details some of the new features coming to WoW Classic over the 2004 original. Mostly it seems to be quality-of-life stuff – proper widescreen support, easy player reporting, and current anti-cheat and accessibility options. Otherwise, it looks like gameplay balance right down to enemy weaknesses will be back in line with the original.

Home access to the demo comes as part of the BlizzCon virtual ticket. BlizzCon starts tomorrow, and will host news across all of Blizzard’s games – though based on recent rumblings at the studio, don’t expect Diablo 4 there. We’ll soon have a much better idea of what to expect from WoW Classic, at least, even if we’ll being seeing it in time-limited bursts.