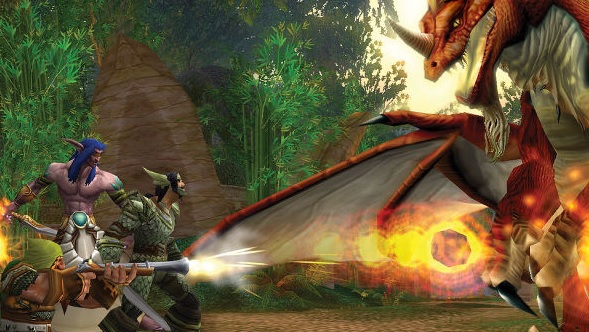 WoW Classic will utilise a new technology similar to sharding at launch in an attempt to manage server load. In an interview at the WoW Summit earlier this month, game director Ion Hazzikostas outlined the steps being taken to ensure an influx of players doesn’t cause havoc with the game.

Hazzikostas says that Blizzard is “aiming at launch for much higher concurrency caps on our individual servers than what was possible” when the game launched in 2004. “In order to facilitate that without having the gameplay break down, we have some somewhat new technology that we’ve worked on.”

“It’s actually vaguely related to the sharding that we have in Battle for Azeroth. But it’s actually running multiple entire copies of the world. Rather than copies of individual zones, there will be three entire copies of Azeroth, each with their own populations equal to what a launch server back in 2006 would have been. When you log in you’ll move seamlessly throughout that world, but we can load balance between them.”

After a few weeks, Hazzikostas says, population caps will go up and players should spread out a little more. Once that happens, all of those realms will “collapse down to a single cohesive world per realm, no sharding or anything like it. But that will help us manage the early day player load while still keeping healthy populations in the long run.”

Sharding is a means of allowing multiple populations of players within the same space, essentially splitting servers to prevent load when there are too many people around. It’s shown up in plenty of MMOs over the years, but it’s not always been popular, as players have accused it of breaking the immersion of being part of a large fantasy community.

Blizzard has confirmed that the WoW Classic release date is August 27, but there’ll be a closed beta set to begin tomorrow, as well as a series of stress tests. Based on Hazzikostas’ comments, the sharding solution should be out of the way, and you’ll get to experience World of Warcraft as C’Thun intended.