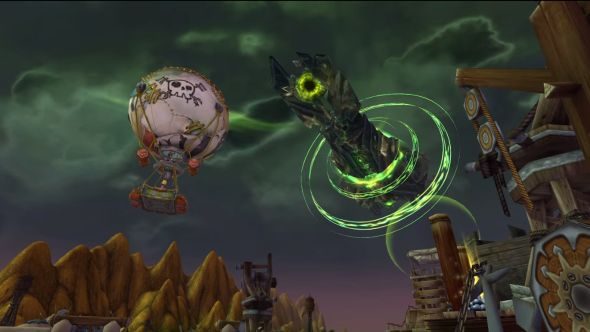 World of Warcraft: Legion’s demon invasions are no secret. Blizzard have been talking about and publically testing them for almost as long as we’ve known about the expansion. The Burning Legion is coming back to Azeroth, as big a bad as the universe has had, and they’re going to mess everything up. But what does that mean? A few extra mobs to kill and a couple of quests? Some unexpected boss mobs in capital cities?

No, it’s massive – the biggest world event they’ve ever done – and the focus is on making it feel like an entire interdimensional race has descended on Azeroth to wipe it out once and for all. Invasions aren’t just the demons-from-the-sky we’re used to though, they’re going to be offering players the opportunity to deal out evil in their very own capital cities.

One of the best MMOs might be about to get a whole lot better.

“We started looking at the Burning Legion from the concept of what would an RTS army be like, what would they do, how would they invade Azeroth?” says Jeremy Feasel, game designer on WoW and responsible, in part, for demon invasions.

“The Wrath of the Lich King event, the Cataclysm event, they involved spawning up a large group of creatures in an area the players could then go and fight. In some cases they increased in frequency or intensity over time and included things like the zombie plague, which I think everyone remembers fondly – except people that were trying to do things in their capital cities at the time.

“We got new tech that allows us to do a true, multiplayer, everyone coming together experience that lets us put scenarios in the outdoor world.” Scenarios have been in the game for a while and are essentially far more complex group quests, but were previously confined to their own instanced zones. “That lets us allow everybody in the area to all contribute towards the end goal of pushing the Legion out.”

“We changed the skybox, we launched Legion buildings all across the landscape, and that was kind of an interesting process, getting to where we are right now. If you look back at some of our screenshots when we first started [testing] demon invasions, we had some crystals with some creatures around them, but they really felt very similar to [previous events]. We really wanted to do something bigger and scarier and crazier.”

This is where the new technology came in to play, and it’s all thanks to one of Warlords’ most-maligned features: the garrison. “At one point we thought, ‘so we got these garrisons and within the garrison technology it allowed you to spawn up buildings and swap them on the fly.’ That tech is what has allowed us to throw up giant demon buildings in demon invasions, and we didn’t know we could do that until we tried it and we put a giant demon spire in the middle of Westfall. As soon as we saw that we said ‘okay, that’s something new and different that I haven’t seen in WoW before – now lets see if the engineers will let us blow it up!’” 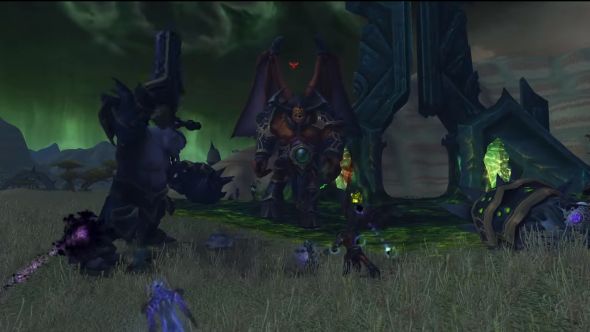 Thankfully, the long-suffering department that tries to keep the world together under player and development onslaught said yes, with some caveats, they could start blowing up buildings anywhere they liked. The buildings come with the army, but where does the army land? Blizzard wanted to have things ramp up over time, so to begin with, just a few zones will feel the great green wrath.

“During the first week you might feel a little bit starved for demon invasions, they’re only occuring in a couple of the zones every four hours. That will increase by 300% every week for two weeks until everything is under attack all the time, they kind’ve unleash the floodgates.”

For the math fans, that means on week two there will be an invasion roughly every hour across six zones, and then one basically constantly across every zone. In the same theme, they’ll start remote. “A lot of these demon invasions take place where the Legion could get a foothold, where it makes sense for them to get a foothold because it’s either a chokepoint or a strategic location a little further away from the major cities, like Tanaris – it also has a little more of a neutral faction in it, a more bribable faction, the goblins are Gadgetzan are maybe a little more interested in money than survival, who knows, we’ll see.”

When the Legion starts to attack capital cities, it won’t just be giant, angry rock golems from the sky and giant winged demons. That’s the second half: they’re recruiting, and everyone’s welcome. 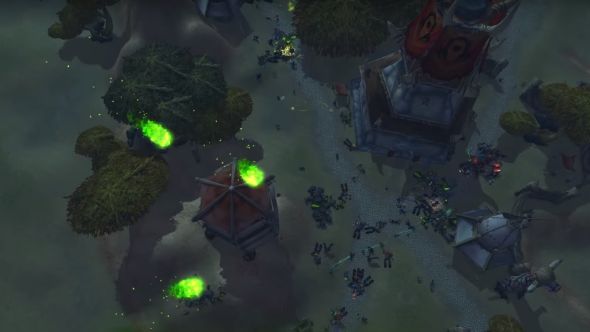 “The Legion has also realised that to actually take over the continent they’re going to have to assault the main, fortified locations of the Alliance and the Horde, and that’s where the Dreadlord infiltrators and the dark whispers come from. When the Legion invasion starts, you’re going to start to get dark whispers inside of the major cities, players will start turning against each other, they may even get ultimate power and turn into a dreadlord themselves, it kinda depends on how easy they are to manipulate.

“That’s the insidious side of the demons that we wanted to show, they’re not just militaristic, that they can get under your skin and turn you against your own allies.”

It, like the promise of the rest of Legion, is the game’s best ideas re-made. It isn’t World of Warcraft 2, but it may be as close as we ever get. Zones that can support the transitions you’re used to from a single-player game with the benefit of your whole server being there or getting to turn into an uber-powered demonlord rather than just taking one down – it’s what we expect of an MMO twelve years later. If the fanbase enjoys, Feasel and the team want to do more.

“If people like it, we’d definitely like to do that a little bit more, we think it’s a really cool concept where we’re all kind’ve working together towards one thing. I think it has ended up being something really cool that we haven’t seen in WoW before.”

We’ll have more from our interview with Blizzard tomorrow, including thoughts from class designer Jonathan LeCraft about the Demon Hunter, and game designer Luis Barriga on what Warlords of Draenor did wrong and how Legion plans to fix it.