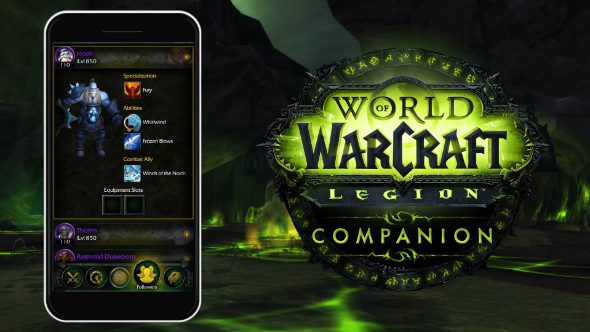 Update September 6, 2016: The Legion companion app is out now for both Android and iOS devices.

If you download the app now, you’ll be able to micromanage your heroes and gear in WoW Legion on-the-go, meaning you can be thinking about it even while you’re at work. Try not to get sacked.

If you’ve not taken the plunge yet, here’s what Ben thinks of the WoW Legion expansion. 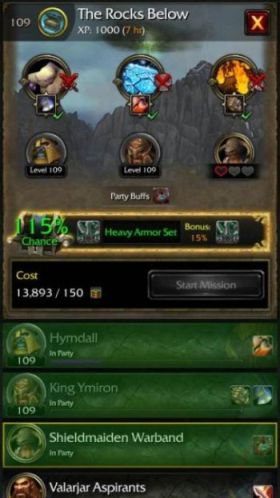 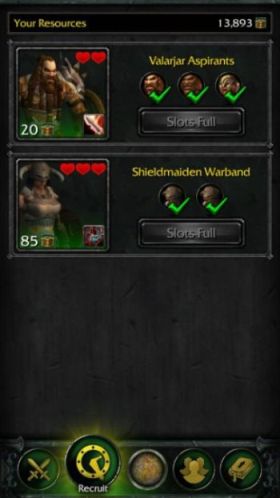 It works immediately and we haven’t had any lag or crashes on it as of yet. Buttons are big and chunky and everything’s self-descriptive. It requires you have at least one Champion in your order hall to use it for a character, but will give you a big list of all your alts to choose from once you’re logged in with an account. Of note is that it will log you out of your account if you try to use it while on desktop. Don’t open it up in raids thinking it’ll save you some time unless you’re willing to relog rather than head back to your order hall.

Bugs wise we’ve already been alerted four times that the Heavenly Forge research is done when, as you can clearly see, it isn’t and won’t be for another day. Hopefully that gets fixed soon, and you can probably avoid it by turning off push notifications for now. 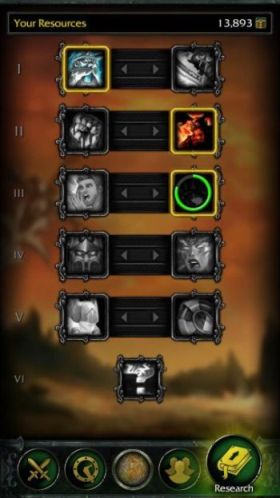 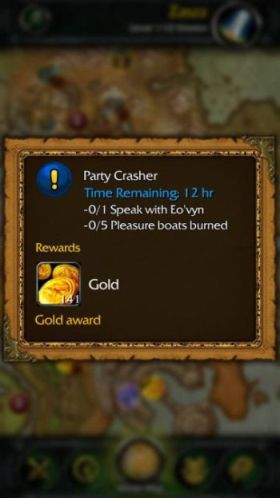 It pretty much does everything they promised in the trailer, with some sound effects if you’re after them. Hopefully it will be expanded in future so you can mark certain World Quests as preferred for when you log on later, or an option for it to point out the new ones. It does seem more efficient to use it than return to your class hall when research or missions finish and you’re in the middle of a dungeon, a quick log out and in faster than the process of getting back to the dungeon afterwards. Whether Blizzard will be okay with that remains to be seen.

Update September 6, 2016:The Legion companion app is being released today. In an interview with Wowhead, Blizzard explained why it’s seperate from the Armory app and how it could be expanded in the future.

If you’re desperately awaiting being able to micro-manage legendary heroes and their gear on your phone, the day has arrived for Legion’s companion app. With an official release date of “Tuesday” it could be pretty much any time in the next 24 hours. However, Blizzard is a California-based company and most of their content releases happen between 9am and 3pm there – that’s about 6pm to midnight CEST for European folks.

Some more details also came out about the app during PAX via Wowhead’s interview with a few of the WoW team. They spoke about possible future features, including why it was decided to have the Legion companion app be seperate from the Armory one. It essentially came down to a matter of focus, wanting the Legion app to deal specifically with Legion content like world quests and class halls. In future, they may merge them depending on how many of Legion’s features end up going forward.

In a similar vein, there are a lot of phone features players have been asking about for some time – particularly the ability to do PvP pet battles and chat with Battle.net friends. Both are things that are still under consideration, and it comes down to how popular the app proves whether it sees further significant development or not. Given what we’ve heard about Legion player counts, it seems in prime shape to have a big impact.

Full details in the interview embedded below, along with some more information about WoW patch 7.1.

Original story September 4, 2016: We realise that you, like our very own news chief Ben, may not have left your computer’s increasingly warm glow for the better part of a week since WoW Legion released, but help will soon arrive.

Blizzard will release a Legion companion app this Tuesday that allows you to do all the minutiae of managing your Orders Hall away from your PC. So when you step away for some food or work or to convince friends or family you are still, in fact, a living human you can still send your followers out on missions when they return from completed ones.

It’s a nice addition, letting you focus your PC time solely on getting out into the world and doing real quests rather than standing around in a glorified war room sending NPCs to their death and/or glory.

In that vein, the app also lets you see where all the active World Quests are once you’re level 110, without pulling up your in-game map.

If that all sounds grand to you, then grab the iOS or Android version for free when it releases on Tuesday and don’t worry about going back to work after your week off, eh? Hear that Ben? Please come back.