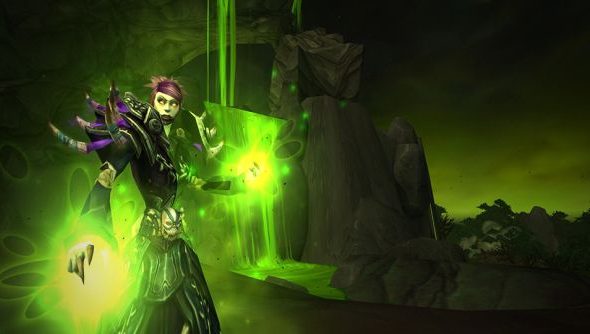 Remember the episode of South Park, Make Love, Not Warcraft, where Cartman and co refuse to move from his parent’s basement because of WoW? Basically that, but in real life, and probably nowhere near as disgusting.

How’s the new expansion? Find out by reading our WoW Legion review-in-progress.

When a new WoW expansion launches there’s always a race to reach the level cap, which is in this case level 110. This time, someone smashed it in just over five hours.

Twitch user Fragrance got their Demon Hunter, Sicklikeme (server Twisting Nether), to level 110 in five hours and 28 minutes, and the whole thing was streamed live.

The whole thing had been planned for ages, with routes, quests and farming spots all mapped out by Fragrance and partnerGingi. Over on the Twitch channel linked above, there are archived streams of some of that preparation.

You can watch the run below: