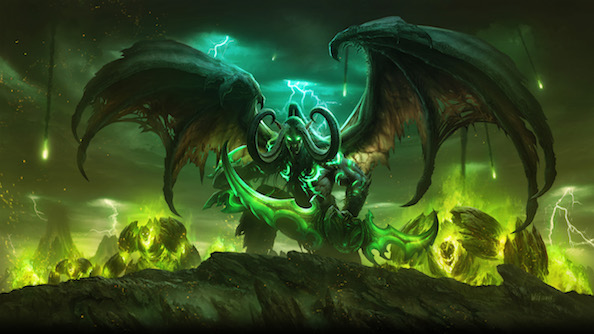 World of Warcraft: Legion will unlock for you very shortly, but how shortly you ask? Well, that depends what realm you’re in, in real life, not just your toon.

For everything you could possibly want to know about Legion dungeons, raids, artifacts and more, we’ve got you covered.

Outside of Azeroth we call Realms “time zones” and your place in the world dictates the exact hour Legion will be available. The official line is that WoW Legion unlocks at server time 00:01am on the morning of August 30, but since some time zones are served by servers in other time zones, you might get lucky – or unlucky, sorry.

Here’s the list of when WoW Legion unlocks for you based on your timezone:

Based on previous expansions, you’ll want to be at the trigger point of the expansion come launch hour to get in. In this case that seems to be the room Khadgar and friends are channeling the teleport spell in Dalaran. Unlike the area around the Dark Portal for Warlords of Draenor, that’s going to be a little bit packed. Once he’s ready to teleport, expect a short cinematic and then the start of the expansion with your artifact quest, choosing which area of Broken Isles to start in and the short march to level 110.

For more info on when bits of the expansion will come out, check our post on Legion raid unlock times. The new Mythic+ dungeons are also on that schedule, and remember that patch 7.1 is coming before the end of the year, with the second raid, Nighthold, unlocking some time at the start of 2017.