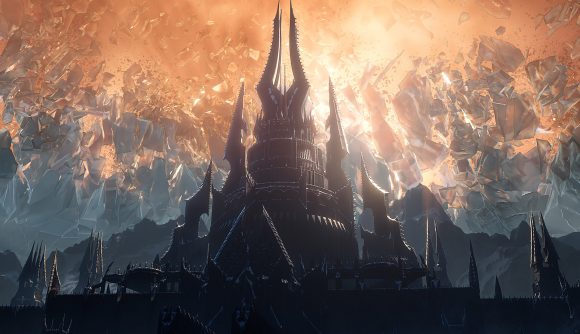 You’ll soon have more ways to earn top-level gear in World of Warcraft that won’t involve dipping into PvP. Blizzard has spelt out several changes it has pushed to the MMORPG’s PTR to tackle the community’s feedback on rewards.

The first change Blizzard is testing sees the Valor point system’s return and upgradeable Mythic Keystone dungeon gear. The gear will start with a cap of item level 200 and rise to 207 if you complete all eight Shadowlands dungeons at Mythic 5 or higher. If you pull that off, you’ll get a new “Keystone Explorer” achievement, while the pre-existing “Keystone Conqueror” achievement for levels ten or higher will increase the cap of each item to level 213. If you hit level 15, you’ll get the “Keystone Master” achievement, and the ability to reach level 220 gear. Upgrading all this sweet loot is where Valor points come in. You can earn the points by “completing Mythic Keystone dungeons, or by doing covenant Callings, with a weekly cap”. Do keep in mind, though, that upgrade costs will vary by item slot, and will be consistent across all item levels.

“We’ve seen a lot of feedback about the pros and cons of the various sources of gear in the Shadowlands endgame,” community manager Randy Jordan says. “After a rewarding first few weeks, we know that many dungeon-focused players reached a point where the only relevant rewards from the system come from the Great Vault.

“While the Vault should represent a major goal and the source of the best rewards the endgame has to offer, we want to find a way for the loot from the chest at the end of a challenging Mythic Keystone run to feel relevant, without bringing back random upgrade systems such as Warforging, which partially solved this problem in the past. We also want to provide a more consistent reward for the effort for players who do not receive an item at all.”

WoW is also seeing some tuning to its covenant and legendary systems. Jordan explains that the team is cautious about touching anything that players have put a lot of resources into, but the balance pass will focus on less used items.

There’s no word, currently, on when these changes will make their way to the live server, as Blizzard will likely tweak them for a fair bit. If you’re looking for some help, our WoW Shadowlands leveling guide will get your adventure off to a good start.