Looking for how to get Sinrunner Blanchy in WoW Shadowlands? One of Warcraft’s first horse celebrities is back as a mount, and a lot creepier than you remember. Old Blanchy – for whom you collected oats for as a young Alliance character in Westfall, encountered as a young horse in the Escape from Durnholde Keep dungeon, saw serving with the Westfall Brigade in Northrend, and found murdered by bandits in Cataclysm – has come to her final, bloody resting place.

The new model for Blanchy in the afterlife-themed World of Warcraft Shadowlands expansion is based on the new translucent-blood appearance common in the Revendreth zone (and in its related Venthyr abilities). She’s a spooky red horse indeed this time around, and you can get her as a mount if you care for her over the course of several days.

Here are all the hoops you’ll need to jump through to gallop away into the distance on your new fiery red steed.

How to get Sinrunner Blanchy in WoW Shadowlands

You’ll start by looking for Dead Blanchy in Revendreth. She starts running at the northern end of the Endmire area near the river, starting at coordinates 63, 43 on the far edge of the bank from the road, and she is FAST – faster than a mounted player can ride. If she gets to the end of her run, she poofs, and you’re stuck waiting another hour or two for her to spawn. But, if you throw yourself in front of her, she’ll stop running long enough for you to interact with her. Once any player has stopped her, anyone can interact with her for a few minutes before she despawns.

You can talk to her once a day. Each day, she’ll indicate she wants something different – but the order is always the same by player, so if you’re on Step 3 and you miss a day or two, she’ll still ask you for the items for Step 3 when you stop her. You must be level 55 to start the quest (mostly because the first item she requests, the oats, require level 55 to pick up).

Related: level up fast with our WoW Shadowlands leveling guide 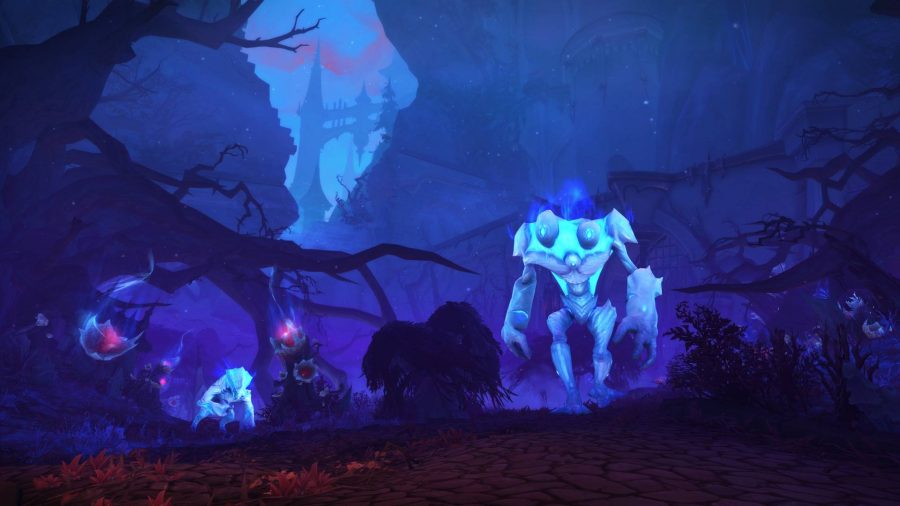 Here are the items you need in order:

Our advice would be to collect all the items first, so that when you have a few moments to go looking for Dead Blanchy, you’re not held up by not having the things she wants from you. To find Blanchy herself, we expect that there’ll be groups in the Looking for Group tool formed by players who have successfully stopped her (or are looking to).

Your reward: A gorgeous, smoky-blood version of a WoW Classic. Content creator Syiler created a nice video if you want to see it in action.

The Secret Finding Discord group, as always, played a role in figuring out Blanchy’s secret, and there are several tools on the forums there that might be helpful to you as you work on getting a Sinrunner of your own. If you need help crafting legendary items of deciding which Covenant to choose, we are here to help with that too.