The Race to World First is a unique esports phenomenon. With the release of every new raid in World of Warcraft, there comes a mad rush to be crowned the first guild in the world to best the final boss on the hardest difficulty – Mythic.

It’s purely PvE, an incredibly intense way to play the game, and – until the most recent expansion – was a pretty thankless affair. European raiders Method changed the game back at the start of Battle for Azeroth by streaming their victory live on Twitch. Since then, dozens of guilds have followed suit, resulting in the Race to World First becoming one of the most popular events on the platform, with round-the-clock coverage and professional commentary.

We spoke to Complexity Limit raiders Kingfly, Preheat, and Podra to find out how they managed the feat, and what’s next for them in WoW’s raiding scene. 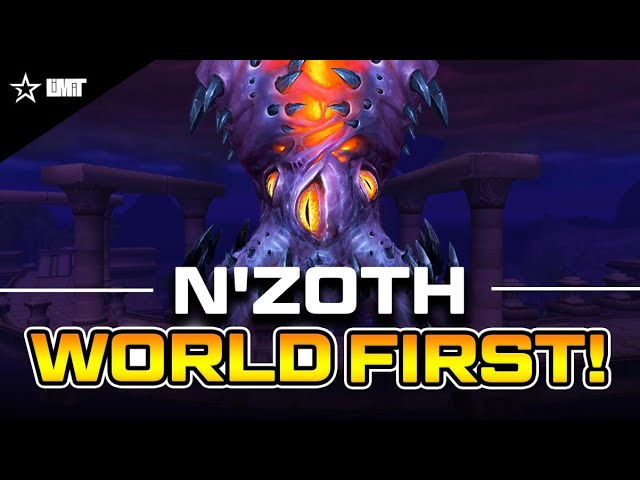 PCGN: Complexity Limit has been attempting a World First for a few years now – what went differently this time around?

Kingfly: Having all the support staff in place this time around was a big deal. We had a lot of support from the Complexity organisation, but we also had Mystical from Deadly Boss Mods and Reloe from WeakAuras join us. Maximum (Max) our Guild Master acting as our coach outside of the raid too was a pretty big upgrade for us as well.

Preheat: I feel like we knew in the guild that we would eventually get World First at some point. We’ve been getting better and better and seeing improvement every single tier. But I agree with Kingfly that the biggest improvements were the new additions to the team. Plus the fact that we’ve gotten a whole bunch of new members who are really good, too. We’ve improved our roster every single tier this expansion. So I think it was inevitable for us to eventually take home gold. It’s just kind of like the culmination of all those efforts.

Did you change up your preparation before the launch of the raid to help turn the tide?

Kingfly: I think our prep was pretty much the same, we just played a lot better at the end than we have in past years. That’s usually what costs us – we usually fall apart at the end.

Podra: I actually think our preparation was a lot more solid this time. We have a system called ‘Limit Lackey’ where members of the community come help us with our Heroic split runs and give us gear. That was a lot more refined to this time, thanks to Kingfly. We were also a lot more active buying bind on equip items (BoEs) from other servers and getting a lot of gold via loans, whether that’s from friends, or Max reaching out to people on Twitter. So I think our preparation was a lot more thorough this time, even though we kind of used the same tricks that we always have.

Preheat: BoEs being so important this time around was pretty big. Buying them is nothing new for us, but just the fact that they were as potent as they were this tier, I think that was the more important factor. The game incentivised us having those items, and we already had that infrastructure in place to do that. 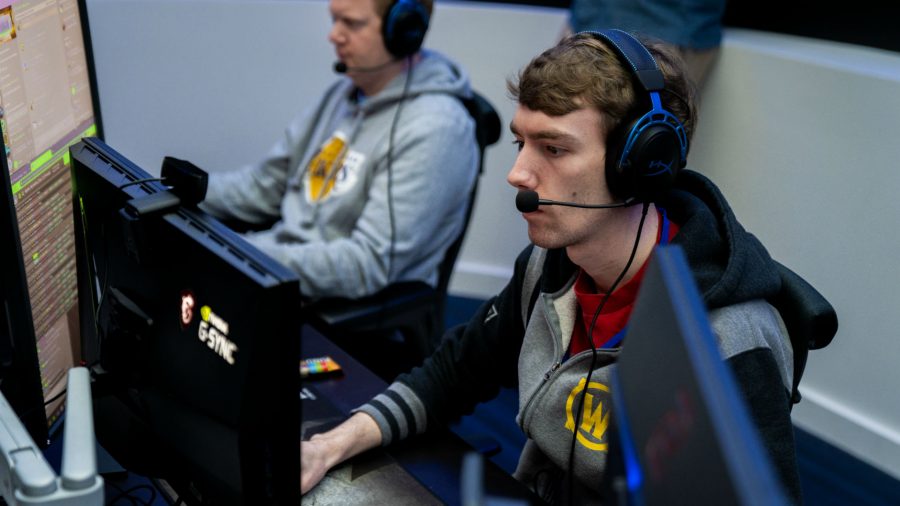 The gearing process has been different throughout the expansion – with Prismatic Manapearls in Rise of Azshara, and the Corruption gear in Visions of N’Zoth – how did that change your prep?

Podra: Yeah, it was a lot more important this time around, specifically because of Corruption. Last tier there were two or three items you could get that were the best in each armour slot. But now, those two or three items could have 50 different Corruption roles. So they’re a lot more difficult to find, and they’re worth a lot more gold. It’s a system that we wish wasn’t in place, I don’t think it’s very fun, but it’s the way it is.

Preheat: We have people checking auction houses all over trying to scout items on various servers. Really, I mean, with the amount of gold that we spent, we were able to just go pick and choose exactly what we needed. All the perfect items. Each character in the raid probably had about five to ten million gold worth of BoEs on that character, so this was not a cheap thing by any means. It’s something that a normal player would not have access to. I know that Method and us both spent over 200 million gold. This is just kind of how the game works.

Do you know exactly how much you spent in the end?

Podra: Yeah, we incurred a pretty large debt from Azshara’s Eternal Palace and we paid a lot of it off, so we had about 30 million gold going into this raid. We wanted to have around 100 million and it turns out that was nowhere near enough. So we took out a lot of loans and we’ll be spending the next few months paying that all back and hopefully trying to get gold together for the next expansion. 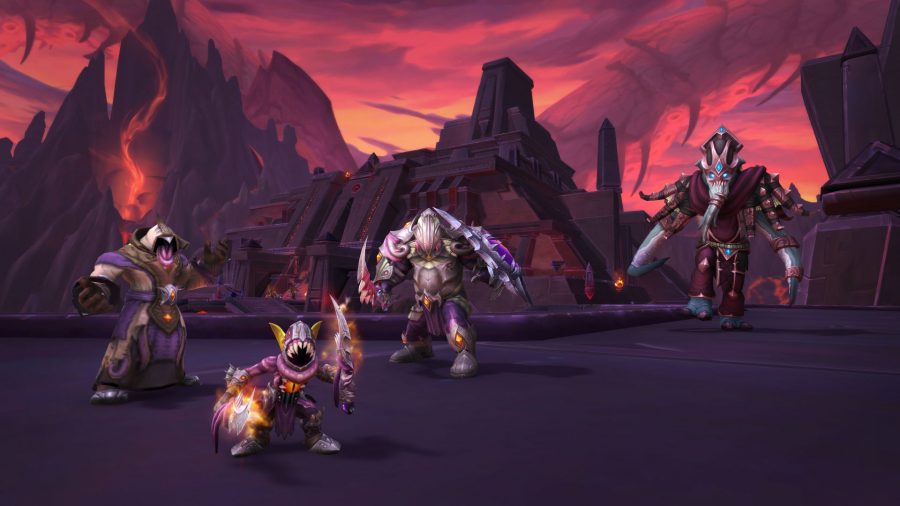 A lot of players were pleasantly surprised last tier in Azshara’s Eternal Palace when more than just the last boss of the raid was pretty challenging. Was that the case this time around?

Kingfly: I think some of the other bosses were challenging, yeah. Obviously the second-to-last boss Carapace of N’Zoth wasn’t very hard, but I think Ra-den and Il’gynoth were pretty difficult, sure.

Preheat: Yeah I think that this tier was actually tuned really well, even though Carapace was a little bit easier than anyone expected it to be. I don’t think I would change anything, those early bosses should present a bit of a challenge and you should wipe a couple times to them. You definitely don’t want to one-shot everything. That’s not good. But you also don’t want to be stuck on every single boss for a couple of days. I think they really found the secret sauce this year.

There was some controversy when N’Zoth was despawned by Blizzard mid-way through one of your attempts – what happened?

Preheat: Yeah, so it’s kind of funny. Everyone in the world had their boss reset at the same time. Basically, we decided that we were just going to start trying some off the wall stuff because we weren’t sure what to do in the fight. The design of the fight from a user perspective is pretty convoluted. There wasn’t any clear direction, and I think a lot of us were really hyped that we had found some secret strategy in the moment, but turns out it wasn’t working as intended. We quickly knew it wasn’t gonna last. Likely someone at Blizzard was watching our stream and noticed what was happening so they quickly pulled the plug on the boss behind the scenes.

Podra: I don’t think it was annoying. You know, it’s a shame that we kind of have to do the testing for them. It sucks when there’s bugs and they have to spend a long time fixing them, but they got it fixed pretty quickly.

Preheat: Yeah. And I want to emphasise that none of us were really upset by it. It really was just kind of funny, right? I think that we’ve got a good sense of humour in the guild. We all just laughed when it happened. It was hilarious. It’s kind of like a badge of honour that you get to wear too. It’s kind of cool that they had to go and despawn the boss on us. 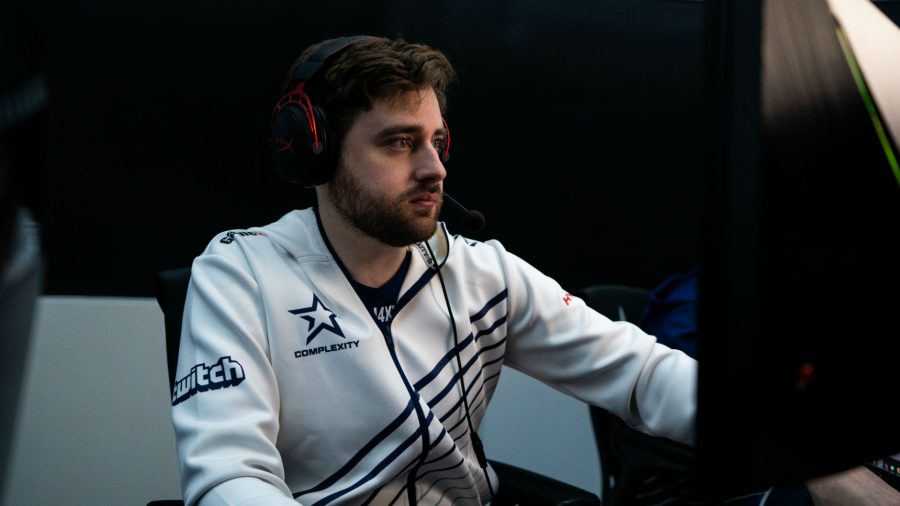 What will you be doing until Shadowlands comes out?

Kingfly: Well, we’ve got a lot of gold to pay back

Preheat: Lots of people want to try some alts too, their Mages and Hunters and Demon Hunters. And then also a lot of streaming, I think a lot of people saw their views go up after the World First. There’s definitely a nice residual effect there. So a lot of folks are probably going to ramp up their streaming for the next couple of months.

Podra: Especially when alpha and beta for Shadowlands comes out. There’s a lot of people in the guild who love streaming the new content, trying out new things, seeing what the next expansion is going to bring. And everyone likes to play other games during this period too, because there’s really nothing to prepare for.

Is there anything you want to see for future content based on what Blizzard learned from this expansion?

Preheat: Global release, tournament realms, less preparation required, and no advantage from BoEs. All of those things would be fantastic. Even if I just got one of them it would be like a Christmas miracle.