World of Warcraft’s Shadowlands pre-patch event, Death Rising, is currently underway. It’s a light bit of fun that involves taking on an invading horde of zombies or succumbing to infection and playing as one yourself. While plenty of players are taking part in the event to snag some rewards, though, one particular World of Warcraft player is taking the opportunity to spite botters by turning their horde into zombies.

If you’ve been out of the loop, botting in World of Warcraft is pretty simple. It’s a way of controlling an in-game character through automated means, so you don’t have to actually be there. Typically, a bot uses a series of automated macros to control the player for you to do simple things like farm for resources.

Turning one into a zombie, however, works against a bot’s script as they don’t know what to do about it. Typically when one dies, they’ll run back to their corpse. The problem here, however, is they’re not really dead. At one point during the WoW player’s adventures, a botter shows up and is none too happy about what is going on. Some, uh, strong language is used, so do be advised.

If you’d like to see the video for yourself, you can check it out down below: 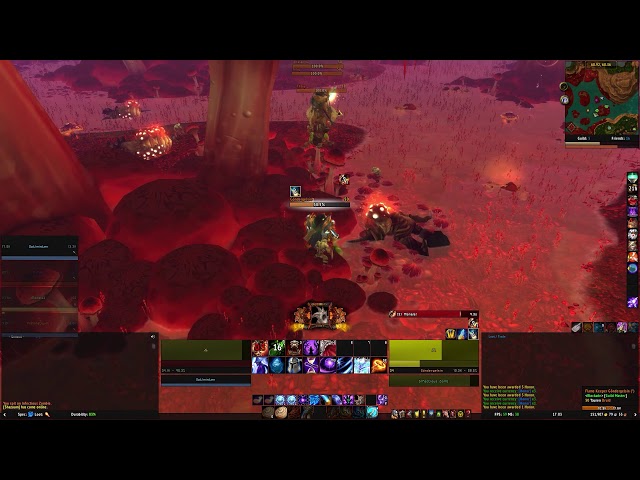 Botting is against Blizzard’s Terms of Service, but the studio has been taking more action against the use of third-party software of late. Just recently, the studio clamped down on multiboxing, and warned players that it would soon be a bannable offence.