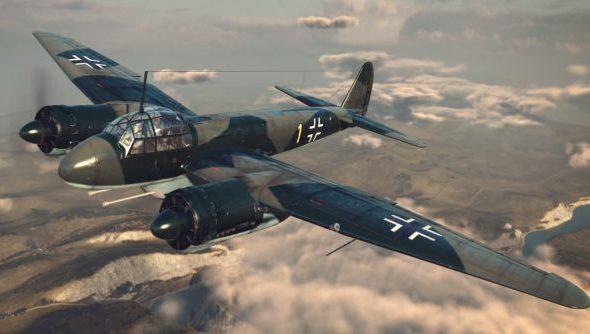 Wargaming’s World of Warplanes has been upgraded to version 1.7, and with it lands a squadron of new aircraft. German ground attack planes such as the iconic Junkers Ju.87G Stuka, and the Messerschmitt Me. 265 prototype are among those joining the ranks. The update also features two new game locations: Italian-themed warzone “Province”, and a wintery European canyon called “The Observatory”.

The new German ground attack planes take center stage with update 1.7, arriving in low, middle and high tiers. Here’s a list of all the planes included in the latest patch:

Two new maps are also being added. Province is modeled after Italian landscapes that were the stage of military conflicts during World War II. Meanwhile the Observatory is a stark and frigid winter map based on a European theater of war, which is split by an epic canyon in the center.

Smaller additions include a new Daily Mission system which doles out random objectives in return for lucrative rewards. The new Flight Auto-Search will allow like-minded pilots to partner up with each other quickly. Finally, Wargaming have included even more customisation options for the user interface, allowing pilots to really make their cockpits feel like home.

The update is available to download right now, and you can find more details about its contents here.