World of Warships is, at its heart, a shooter rather than a wargame. It’s just a slow-paced shooter that takes place between battleships, destroyers, and aircraft carriers on idealised tracts of ocean in an abstracted version of World War II. I don’t describe it this way to knock it, by the way – doing this, and doing it well, is the major reason World of Warships has become such a massively popular game, and one of the best World War 2 games. You can jump in a ship and start firing off broadsides right away – there’s none of that spending a week at sea nonsense.

But Wargaming is planning on making that experience slightly more fraught. Submarines are coming to the game, and I had the opportunity to take command of one myself at Wargaming’s Austin studio earlier this month. The new ship class is set to change the way the game works, and Wargaming has made some interesting decisions about how stealth works with submarine warfare.

World War II-era submarines weren’t the long-range powerhouses that prowled the ocean depths during the Cold War, using non-emissive nuclear reactors that could keep them moving under the surface for as long as the crew had oxygen to breathe. Instead, these early subs ran on conventional fuel while on the surface, and then relied on a battery while submerged.

Submarines in World of Warships reflect these limitations. While these new boats are capable of slipping beneath the waves and hiding from view, this stealthiness comes at a price in speed. While at periscope depth, they can only move half as fast as they can while surfaced, and while fully submerged, that top speed is cut in half again. 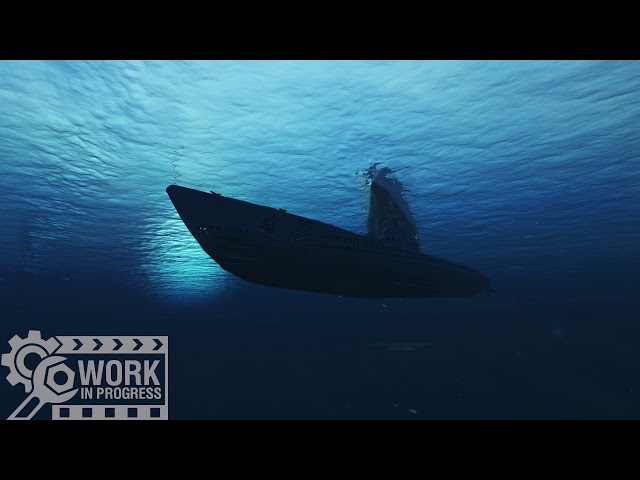 Further, an oxygen gauge depletes while you’re either partially or fully submerged, and when that runs out, your sub will automatically surface. Between a strict oxygen budget and limited mobility while underwater, submarine commanders need to be careful about when and where to use their stealth. How is important, too: While you’re somewhat concealed at periscope depth – and can let loose with torpedoes – other players still have a chance of spotting you.

Submarines aren't built to take any kind of a beating

That’s bad news, since submarines aren’t built to take any kind of a sustained beating from ship guns – they have the lowest HP values of any craft in the game. Once you’re spotted, it can be tough to break contact, as it’s not as simple as diving and creeping away at depth. Submarines are made for surprising the enemy, popping up where they’re least expected and firing hull-smashing torpedoes.

While destroyers, some cruisers, and even a couple of battleships have been able to use torpedoes, submarines throw a new twist on the weapons system. At periscope depth, my USS Cachalot could launch a volley at an enemy ship, and a moment after it was unleashed, my boat would send out an acoustic ‘ping’ that showed up like a glowing boomerang in the water. When I was able to aim this to hit the enemy ship, the torpedoes would alter their course, correcting their course toward my foe according to the boomerang’s guidance. 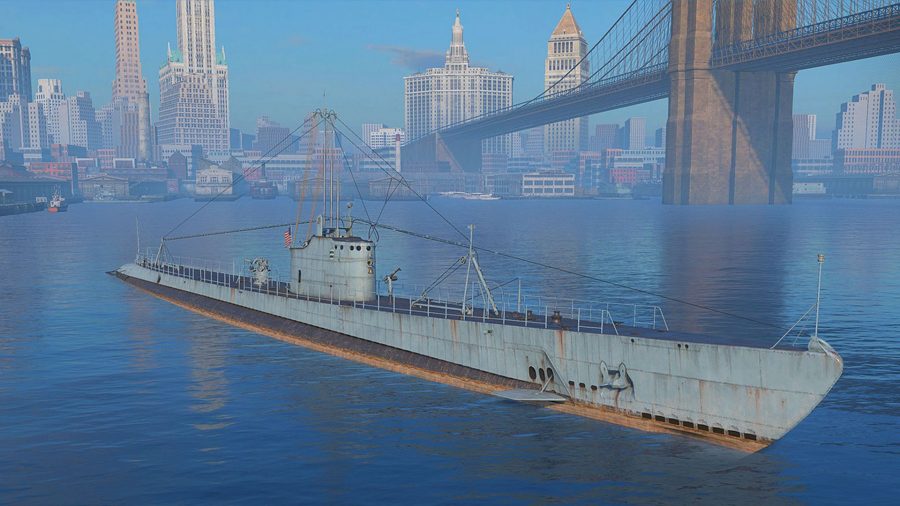 The arrival of submarines in World of Warships is going to mean changes for other parts of the fleet as well. Destroyers, specifically, are tasked as designated sub hunters, and there’s a new mechanic for captains who take on this role. While a submarine is submerged, destroyer players will see large circles appear on the surface of the sea, indicating that a sub is in the area, and they’ll have limited time to head there. Once they’ve reached the circle, a second, smaller circle will appear elsewhere, and this will continue until they’ve reached the smallest circle. Once this happens, the destroyer will drop a payload of depth charges, which are all but guaranteed to kill any sub that’s been the object of the hunt.

In the two or so hours we got to play with submarines in the Wargaming test lab, I found myself pushed away from my usual full steam ahead approach to the start of a match. I found I had more success letting the surface ships pick their initial engagements while I hung off to the sides, looking for opportunities to wound any enemies foolish enough to leave the safety of the pack. Once fights had begun, I could pick my shots, using the Cachalot’s acoustic wave to guide my torpedoes into their hulls. 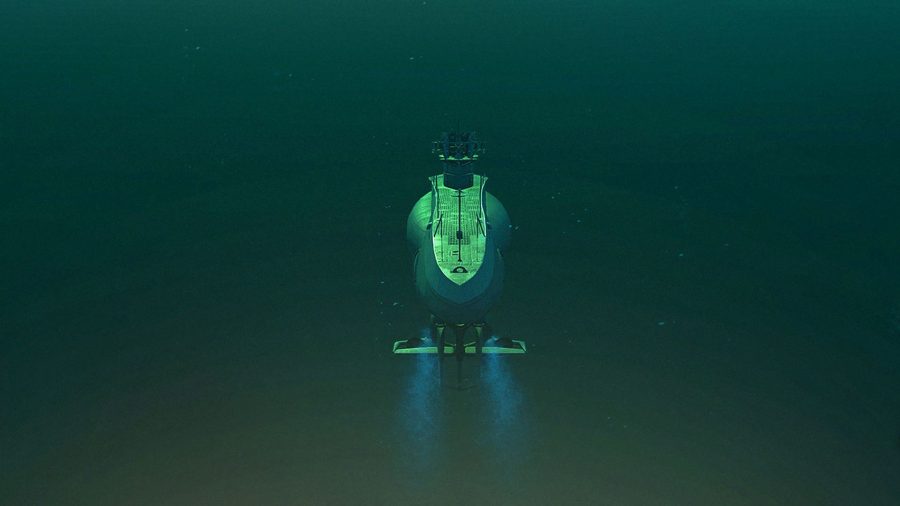 But after a volley or two, the jig was usually up. Once an enemy ship decided they’d had enough of my nonsense and started firing back, I had to beat a hasty retreat, or at least dive below the waves and hope one of my comrades was able to deal with the threat. Submarines don’t leave much margin for error, and my rookie mistakes tended to result in a quick trip to Davy Jones’ locker. World War II-era submarines didn’t have advanced sonar systems, and while I was submerged I found that I lost all vision on enemy ships, relying instead on the vague clues of the hydrophone that lit up the ocean floor with pulses of a creepy green glow. Coming back up for air was always tense, and frequently fatal.

Still, submarines felt properly lethal, and to maintain some balance, they enter World of Warships at Tier VI, with Tier VIII and Tier X models available for each nation when they’re introduced into the game.

The initial lineup is as follows:

Japanese subs are planned, and will be the next additions to the game. 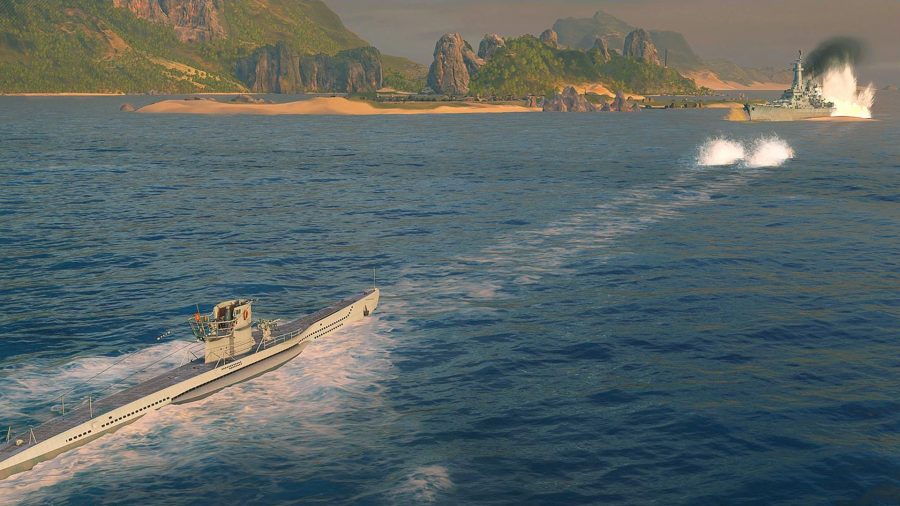 Wargaming says a Super Test phase for submarines is coming in the “next couple weeks,” and players will get a chance to play with the initial nine sub variants during the upcoming autumn PvP event. Wargaming has a three-part testing cycle planned, beginning with closed tests and culminating with the addition of submarines to the live client. When that happens, subs will be limited to a separate battle type, which will allow Wargaming to fine-tune the way the boats work, work out how they interact with other ship types, and ultimately make sure they don’t completely break the game.

During my short time with the Cachalot, I didn’t get the impression that I was overpowered – more that I was playing a different game than I had been on the surface. Submarines force you to think differently about your role in naval battles, and I think they’ll be an exciting addition to the World of Warships fleet.