World of Warships is in the grip of an exciting crossover event with Warhammer 40,000, the grimdark tabletop game in which humanity’s vast star-spanning empire is also a dictatorial theocracy threatened on all sides by bloodthirsty aliens and demons.

It’s hardly the first time the otherwise strait-laced historical warship shooter has let its hair down, but it’s a big brand to partner with, and also a chance to see a very rare sight: what oceanfaring ships in ’40k’ might look like. The tabletop game has a healthy number of tanks, airborne gunships, and other futuristic vehicles, but none that go in water (I suppose naval supremacy is a fairly moot factor in warfare when spaceships can do the job of deploying aircraft or artillery bombardment).

But regardless of whether or not it’s all just a bit of fun, we appreciated the chance to chat with Philip Molodkovets, World of Warships’ executive producer, about how the ship designs emerged. After all, as we’ve just mentioned, it’s not like the devs had much in the way of canonical oceanfaring ships to adapt.

“The ships are not from Warhammer 40,000 itself, but rather are our historical ships with a cool theme applied for the fans,” Molodkovets explains. “We started by choosing the baseline stats for these ships, and the best candidate was Amagi – a historical Japanese project, already represented in the game.

“Amagi was chosen because her gameplay is rather easy to grasp and thus popular, but the skill ceiling is also high and offers good opportunities to those who get experienced in firing ten 410-mm guns. Though [Chaos’s] Ragnarok and [the Imperium’s] Ignis Purgatio are slightly more accurate, and the reload time of their main battery is slightly longer than that of Amagi, the main difference is the visuals.” 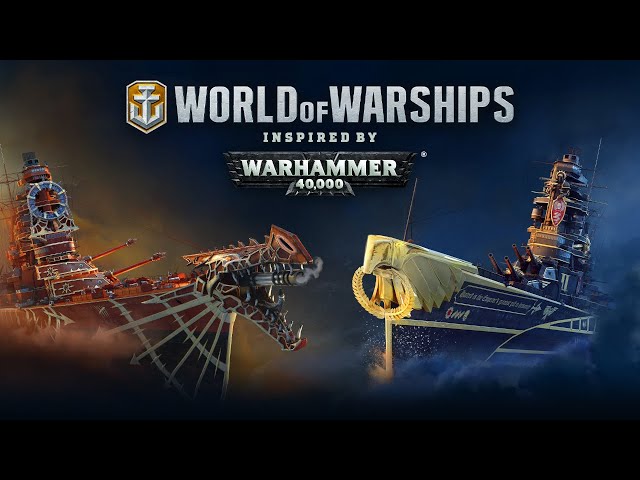 So how did the developers go about skinning ocean ships in a recognisably 40k manner? “We gathered a group of internal 40k fans, who worked passionately to create their vision of crossover between the two universes,” Molodkovets says.

In the process the team drew on source material from across the 40k universe – Ragnarok in particular reminds me a little of the spaceships in Battlefleet Gothic, which tabletop veterans will remember as 40k’s spacefaring war game, and Molodkovets confirms this was one of the team’s sources. 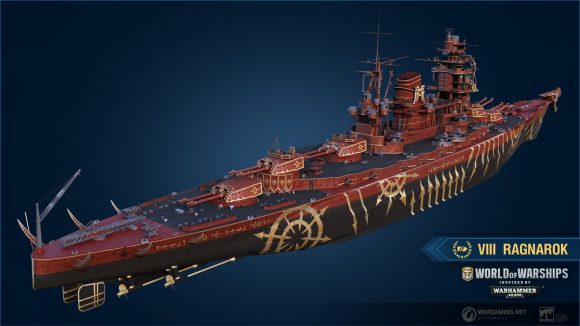 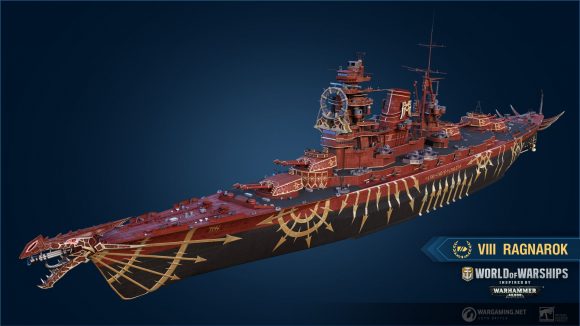 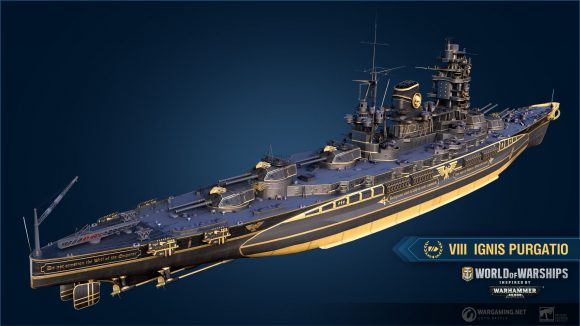 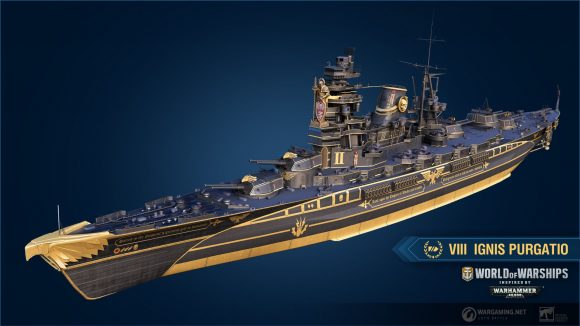 “The approach was rather similar to our usual workflow with the visuals – we started by gathering a huge number of references to the general style of Warhammer 40,000, then we picked those elements which will be suitable on ships and will bring the unique 40k flavor to them,” Molodkovets says. “We had several steps in this process, changing minor things here and there, but the overall look was rather the same throughout. All designs have been reviewed by the Games Workshop team, and we are very grateful for their support throughout the whole creative process.”