With the launch of World of Warships last month, Wargaming’s trilogy for fans of naming consistency is complete. You can fight the battle on land, air, and now sea.

Like its predecessor, World of Warships is a free-to-play MMO where players control historically accurate WW2 death-machinery in historic battles to determine who is best at causing explosions.

Aside from the spectacle of mighty World War II warships pounding several shades of hell out of each other with gigantic cannons, you could be forgiven for asking what makes this latest game any different. Why should new players take a spin on WoW (not that one) if they’re already familiar with World of Tanks?

Wargaming CEO Victor Kislyi thinks they offer unique experiences. “The history and battle mechanics themselves are different – tanks hide behind buildings and in the landscape, they’re slow and have one gun. Ships? Ships fire over 20 miles, and have aircraft carriers, battleships, and torpedos. The mechanics are totally different.” 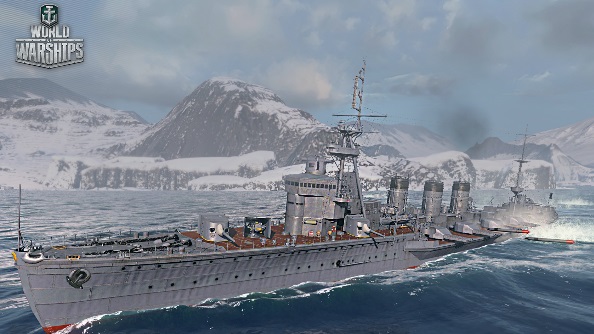 Kislyi doesn’t see Warships as a replacement or sequel to World of Tanks, but part of the studios wider series of mechanical combat. “Our vision, three years earlier when we launched development on World of Warships, isn’t about one title. It’s about the battle universe. We’ve made just one premium account across the games. You play what you want.”

Playing World of Warships confirms that it has a unique tempo. Rather than the urban sprawl of a thousand tank battles, here you’re fighting on the open sea, sailing around islands, and trying to train the multiple armaments of your ship onto the enemies. Boats are slower to respond, and the battles take on a more meditative pace.

Rather than trying to duck in and out of combat to avoid taking fire, something that feels instantly familiar for anyone that has played World of Tanks, you quickly learn that ships are harder to maneuver and have much more armour. Taking a few shells is okay, providing they don’t hit anything that fires back or explodes.

One of the biggest changes to the formula is the aircraft carrier, which shows you the battle from a bird’s-eye perspective, where you can control units as in an RTS. Managing the planes escaping into the skies like an angry swarm of bees is unfortunately rater poorly explained at present, but as it’s early days this aspect of the game will hopefully be expanded on later. For now it’s a jarring switch from the usual gameplay, although one that may well become the favoured way to play for some. 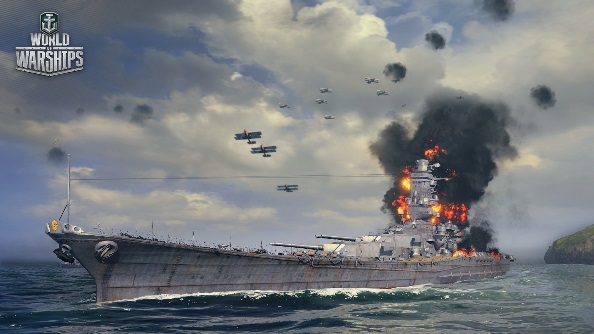 All of the ships are faithfully recreated here, but despite the historical accuracy, World of Warship’s global publishing producer Artur Piociennik says that in the battle between accuracy and gameplay, gameplay always emerges victorious.

Piociennik says this has led to the demise of at least a few ships that fell foul of the gameplay/history balance – one of which was the Kitakami, notable for the hail of torpedos it unleashed on the battlefield. Sadly, this hail of torpedos couldn’t tell the difference between friend and foe, and team-killing was rife. While the team tried to cull the slaughter, the only option was to reduce the amount of torpedos fired.

This would have robbed the Kitakami of its defining feature, so the ship was pulled from the game. “The Kitakami might return,” Picoiennik muses, “but maybe as a reward for good play, so we know those sailing her are going to use her weapons responsibly.”

World of Tanks rolled out half a decade ago. So in the wake of World of Warships, what’s next? Piociennik thinks that the hard work is just getting started: “It’s an MMO, so there’s always a pipeline of content. We’ve technically launched, but our work hasn’t changed.” 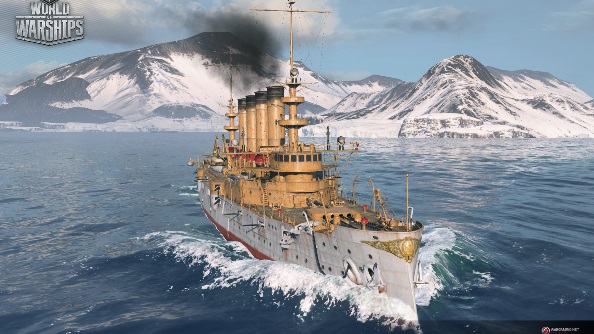 Kislyi says that support from the community throughout the open beta leading to launch has been good. “It’s sticky, those who play are playing an average of three hours a day, every day which is great. You can’t tell what’s coming next in the entertainment industry though, so now we have five to ten years ahead with content, big patches, Clan Wars and balancing.”

The success of these Clan Wars has seen World of Tanks become an unlikely e-sports spectacle, with Wargaming holding a grand finals event in Poland earlier in the year. Piociennik says that while they don’t have a full range of e-sports features yet for World of Warship, but that if the ranked battles included in the game prove successful, they’ll be looking to further develop features to facilitate competition.

It’s a prospect that European general manager Markus Shill is enthusiastic about. “It’s important that we first make sure the game is fun to play and engaging for the players, but I think World of Warships has that, that World of Tanks has that. Now we just have to see where the community leads us, so we can follow.

“I see our games as a service rather than just something we fire out and forget about,” Shill says.” E-sports needs a strong community, large amount of viewers and good support, but I have no doubt that as World of Warships progresses we’ll definitely get involved with it.”