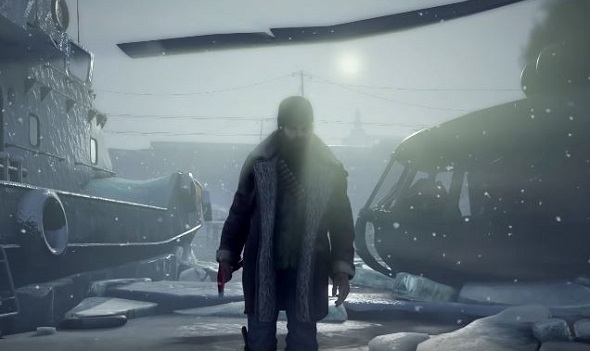 “We are all that’s left of a city beyond redemption,” intones a hatchet-wielding man in World War Z’s new trailer. It’s the first we’ve seen from the adaptation of the novel and film of the same name since it was announced late last year.

The trailer is set in a harbor near Moscow, with the onion-shaped domes of St. Basil’s Cathedral briefly visible in the background.

As in the film version of World War Z, the zombies arrive like a wave, pouring over embankments and rushing toward survivors, who fend them off with rude tools and a deck-mounted machine gun. And true to the source material, World War Z seems to be taking a globe-trotting approach to its setting.

Zombies are the perfect videogame enemy. Here’s our list of the best zombie games on PC.

Zombies may be getting a touch stale in videogames, but World War Z is definitely angling for its own appeal. The huge mass of undead, and the way they pile over each other, is both true to the vision in the movie and something we’ve never really seen accomplished before in games. We’re told that World War Z will have four-player co-op, and you get to see a bit of that in action in this new trailer.

The setting for the new trailer was glimpsed at in the reveal trailer back in December, when we also got to see desolate scenes from an abandoned subway and desolate city centers.

Zombies, man. You think they’re dead but they’re just not.