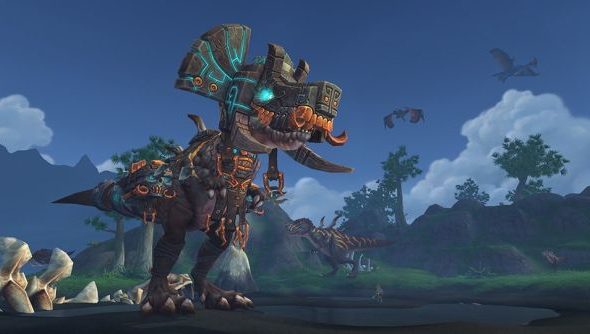 World of Warcraft director Tom Chilton has revealed that Blizzard have “six or seven” expansions planned for their iconic MMORPG. While the expansion that will arrive after Warlords of Draenor is already in active development, a number of others clocking up “10 years worth of stuff” are being discussed.

“I think it’ll be quite a while before the financials indicate that it’s just not worth doing anymore.”

Speaking to Gameplanet, Tom Chilton confirmed that they’re already thinking far into the future of World of Warcraft. ”There are about six or seven different ideas for expansions that we can take elements of and say, ‘You know what? Let’s take that and put it in this one for our next expansion after the next one.’ Or we might shift the timelines around from what we originally envisioned. There’s easily 10 years worth of stuff that we can draw from – more, really.”

When asked about the next decade of Word of Warcraft’s future, Chilton seems confident it’ll still be around. “I think that not only do we have content planned out for a good amount of time, I also think that while MMOs go through a life-cycle, the life-cycle tends to be very long.” stated Chilton. “As long as there are enough players demanding that we make more content then we’re likely to do so. I think it’ll be quite a while before the financials indicate that it’s just not worth doing anymore.”

Did somebody say Emerald Dream?