The big redesign of World of Warcraft’s old character models has finally hit the humans, or at least the male of the species. Now he looks, if not human, at least more expressive and detailed. Less like a sex doll and more like a shaved gorilla.

He still looks a little silly, but I remain a fan of the comical proportions and general dopiness, and Blizzard has tried to keep that. The fidelity is vastly improved though. 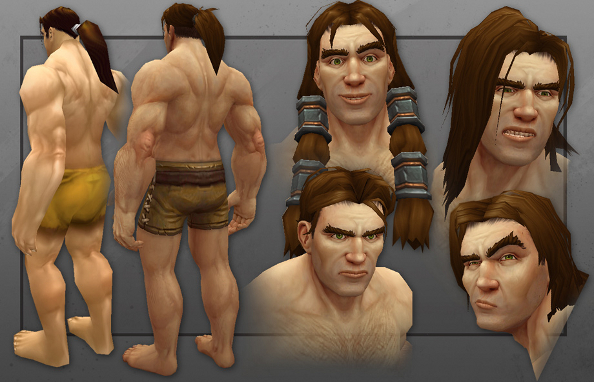 “As with the previous model redesigns, our goal here was to honor the silhouette and style of the original, while increasing fidelity and fixing some of the big issues we’d identified,” explains art director Chris Robinson. “The male Human has long been a source of criticism from some of you for his odd proportions and face geometry. We’ve taken great care to ensure we’re not changing so much that he looks completely unlike anything you’d expect, while also correcting some of the more glaring problems.”

In-progress models will be making their way into the Warlords of Draenor alpha soon, Robinson notes. He warns, however, that these models are not finished.

What do you make of the human’s nip, tuck and facelift?