It was difficult to guess what would come next from Bossa Studios, the London-based development team behind Surgeon Simulator and I Am Bread, but few would have bet on Worlds Adrift, an ambitious, non-traditional MMO with a persistent, physical, ever-expanding world.

We visited Bossa for an in-depth look at Worlds Adrift recently, and it’s coming together nicely.

Bossa’s previous works appear very similar to each other at first glance, both delivering visual comedy generated by the physics systems and purposefully wonky controls. You might wonder how that history transfers to a procedurally-generated, infinite online world filled with floating islands and flying ships, but if you look deeper there’s more to Bossa than slapstick.

“We’ve never really stuck to any one genre in the past,” says Worlds Adrift lead designer Luke Williams. “While Surgeon Simulator and I Am Bread could be considered ‘comedy’ games, that isn’t really their genre. Surgeon Simulator is a first-person, operation puzzle game, while I Am Bread is a physics-based exploration platformer of sorts. They’re kind of hard to define and that’s simply because the idea of tying our games to a specific genre is never really a discussion we have. Worlds Adrift is simply a result of that idea exciting us at the time and so we started to build it.”

Work on Worlds Adrift began rather modestly with a team of seven, but that number has doubled since. The reason the team manages to stay so small is because of the clever server tech being provided by Improbable, a third-party startup company founded by a pair of computer scientists from the University of Cambridge. The software at Improbable is designed to simulate complex systems on incredible scale: an outbreak of a deadly disease; the economics of an entire nation; or perhaps the damage caused by a natural disaster over a large populated area. Having this kind of tech in Worlds Adrift will allow Bossa to deliver a new kind of persistence. 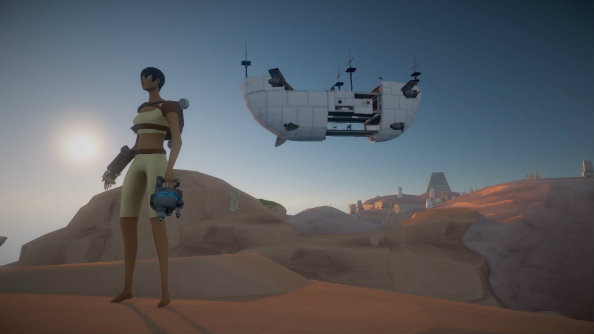 Think about environmental storytelling in your average game: how stumbling upon an abandoned siege tower in The Witcher 3 hints at an ancient battle, or how countless games use graffiti as a way to colour their worlds. Now imagine coming across the remnants of two damaged ships in Worlds Adrift – one peppered with holes from cannon fire, the other crashed into the side of a floating island – and reconstructing the battle in your mind. In Worlds Adrift this battle wasn’t placed by designers – it actually happened and you can salvage the wreckage. It’s player-led environmental storytelling.

Every action taken by any player – from a felled tree to the debris of a battle – is retained by the servers indefinitely. Buy a copy of Worlds Adrift months after release and you will find a world full of hints to emergent stories experienced by other players.

This is how Worlds Adrift plans to stand apart from other MMOs. The founders of Bossa Studios headed up the massive online world of Runescape for a time, so there’s pedigree for the creation of rich online worlds, but similarities between Worlds Adrift and traditional MMOs end there. “We aren’t approaching Worlds Adrift as an MMO, and the only real aspect it shares with other MMOs is the fact there will be a lot of players online at the same time,” explains Williams. “Classes, levelling and grinding XP are nowhere to be seen in Worlds Adrift. Characters will have weapons and clothing, but there won’t be any stats like you would expect to see in RPGs. The stats the characters do have are more like physical properties; how heavy they are or how much strength they have at pushing objects around.”

That’s the thing about Worlds Adrift: it’s not as far removed from Bossa’s previous works as you may have initially thought. You might be exploring a floating world inspired by Skies of Arcadia and The Legend of Zelda: Wind Waker (Williams’ favourite games as a teenager), and you might be sharing this world with others, but underpinning it all is Bossa’s experience with physics. The developers are perfectionists when it comes to in-game physics, passing every feature conceived through a physics test before implementing it to make sure it takes full advantage of their tactile sandboxes. 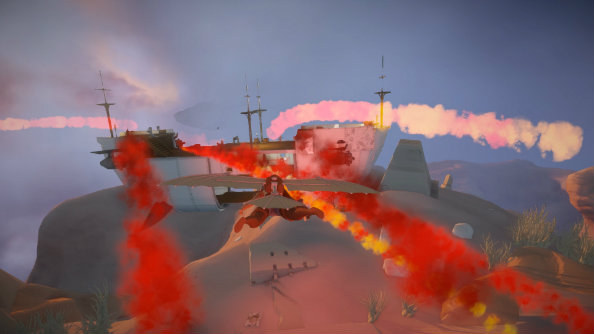 “We also then try to ensure the features have as few rules or restrictions as possible,” Williams explains. “One example being the ship instruments in the game, there is a large variety of them, such as fuel gauges or altitude meters. You can place these wherever you want on a ship, but if you place them near the helm you can actually create in-world UI and allow the pilot to have lots of information about the ship. The same instruments can also be placed elsewhere on the ship if you want to know how much fuel you have even while you’re below deck.”

In fact, there’s a good chance these kinds of building decisions will take up a large portion of the game. With no safe areas, you can be attacked by another player at any time. They could fire their ship’s weapons, wingsuit over to you, ram the ship, swing across on their grappling hook, or engage you in any number of creative ways.

This means you need to get as creative when building of your ship: where do you put the heavy armour, the cannons, or – more importantly – the spawn points? Spawn points are how you retain ownership of your vessel, but they’re a physical object like anything else and can be detached. Perhaps you’ll keep yours below deck, or share a ship with your friends, each placing their own spawn point in a strategic location. No doubt some players will come up with some genius solutions to protecting themselves from plunder, or even to make the plundering easier itself.

“The entire world is completely open,” says Williams. “There are no safe zones, and players can interact with each other using any of the game’s mechanics or systems. One thing we do want to keep an eye on is player density. We can expand the world indefinitely to ensure that players are not constantly bumping into each other and will have periods of calm as they explore the skies.” So as players push out and explore, more islands and locations will pop up, every action being stored by the clever tech at Improbable. There will only be a server per region, too, so expect the world to be huge. 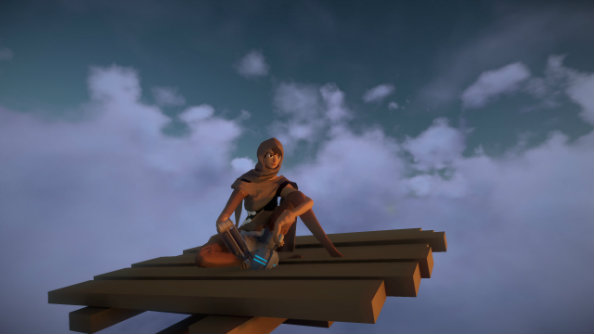 The idea is to space everyone apart enough so that there are periods of quiet reflection, inspired by Williams’ time with one of his favourite games. “I loved looking out across the sea in Wind Waker, seeing the silhouette of an island and feeling that need to go over there just to see what might be on there,” remembers Williams.

It feels like it was that same playful curiosity and experimentation that led Bossa here, seeing the silhouette of Worlds Adrift in the distance and finding the means of reaching it via the tech at Improbable. If they manage to capture that same sense of exploration, but in a shared world, this could be something special indeed. It might appear that these developers have their heads in the clouds, but that’s exactly where they need to be.

Worlds Adrift launches in 2016, with a beta due later this year.