MMOs have problems so ingrained we rarely think to question them. Shards and instancing cut players off from one another. The consequences of our actions reset as quickly as theme park rides, undercutting the very idea of persistent worlds. Missing physics degrade the sense of place that is so palpable in Skyrim and other offline cousins of the genre.

SpatialOS might be the antidote: a technology that connects servers together in the cloud to form one mega-server, like combined Transformers or a delicious ball of grated cheese. Improbable CTO Rob Whitehead puts it more elegantly: SpatialOS is a “patchwork quilt.”

“Our toolkit essentially takes whatever game engine developers are using and soups it up,” he explains. “So that rather than just having one game engine on the server side hosting all the players, AI, and physics, they can now have maybe hundreds or thousands of versions of that game engine working and overlapping together to simulate a huge world.”

The upshot is that developers are starting to revive some of the dreams we had for games in the ‘90s, but had given up on – ginormous player populations, complex NPCs, and landscapes pockmarked with the permanent consequences of your actions.

The problem when you talk about anything at a large enough scale, though, is that it starts to sound a bit vague. Better to look at the games where SpatialOS has already taken root and see exactly what developers are doing with it.

In Worlds Adrift, Bossa Studios are building on the penchant for physics experimentation that birthed Surgeon Simulator and I Am Bread. SpatialOS allows them to take it MMO-scale, creating a survival sandbox where floating islands are navigated on skyships you build from the hull upwards, taking weight distribution and aerodynamics into account. 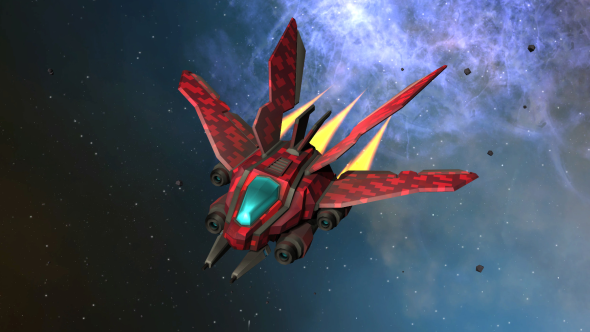 “The ship crafting system is basically like a rudimentary 3D modelling program,” game designer Luke Williams tells us. “It’s one of the features that people love the most.”

It is the breadth of Worlds Adrift that is most immediately striking, just as it is in Lazarus, a top-down space shooter that developers Spilt Milk Studios pitched as “Asteroids the MMO.”

“Why don’t we just have a massive asteroid field with tons of players of in it all smashing stuff up?,” Spilt Milk founder Andrew John Smith asks. “You can imagine how that could ripple out into interesting gameplay for everyone.”

SpatialOS integration means Lazarus can be rather larger than Asteroids’ single screen, spreading hundreds of players across 160,000 kilometres squared, at last count. 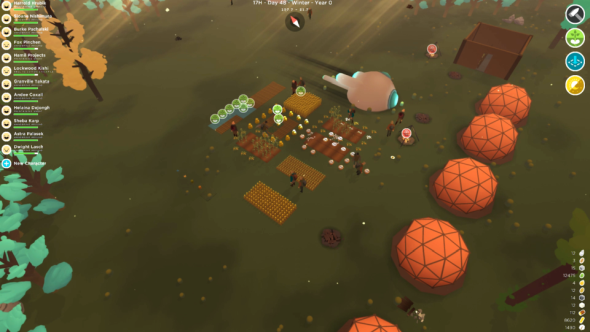 “That sounds kind of daft, but it means we can have these spaceships fly around at ridiculously fast speeds,” Smith says. “Everyone’s had a game that freezes a bit as it chooses a new host, or boots you because the host got disconnected. We’re never going to have that problem, because if something begins to fall over, then SpatialOS throws another resource at it.”

Perhaps less immediately apparent but no less exciting is the depth of the worlds being created with Improbable’s tech. Klang, a Berlin-based studio built by three Icelanders with a background in Eve Online, are making a management MMO named Seed. Your goal in Seed is to take over a planet and ensure the survival of humanity – but every decision you make in that process impacts the planet and your future options for colonisation. In contrast to more conventional MMOs, the simulation continues to run and evolve whether or not you are logged in to see it.

“There aren’t really any players in the game,” Whitehead points out. “There are just NPCs that the player prioritises work for. That’s an example where even sitting back and observing the colony at work is in itself an interesting thing.” 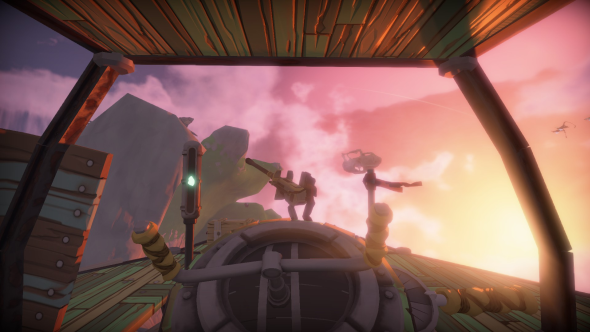 In Worlds Adrift, you coexist with an ecosystem of strange creatures, each prioritising their own needs to eat, sleep, breed, and migrate. During development, the behaviour of those creatures began to surprise their creators.

“The guy who was coding the beetles noticed that one of them had died, and another started nuzzling up against it and tapping it,” Williams remembers. “He was like, ‘Oh wow, is this some kind of emergent grief that we’ve got going on?’ Then he found out we hadn’t told them not to mate after death, so we actually had some emergent necrophilia coming up. It was a little bit horrifying.”

The AI, the permanence, the seamlessness, and the physics: it is the cumulation and combination of these elements that lead to SpatialOS games feeling tangibly different by dint of their connection to its cloud of servers.

“When you play a game like Worlds Adrift, you very quickly start to get the impression that things are happening in the world that you stumble upon,” Whitehead says. “When you turn up to an island it might be deserted, but you might find the wreckage of an old ship strewn across the floor with panels everywhere.

“That’s something that hasn’t been laid down meticulously by the level designer – it actually happened. The history of the world is something constructed by the players, rather than something written.”