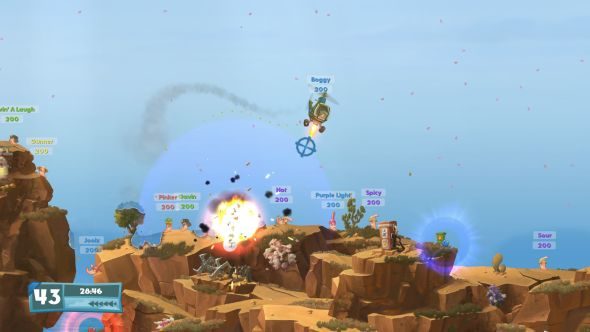 Worms perhaps gets more from the modern world of easily downloadable patches than any other game. With so many dials to tweak and new areas to add bits to, it’s rather easy to expand upon. Exactly that is happening on December 7, when the free Liberation update comes to Worms WMD. It brings with it new, well, just about everything.

The new content will be premiered on Twitch over the next week in preparation for launch, which will be your first proper look at it beyond the trailer above. Details on that over on the Twitch blog.