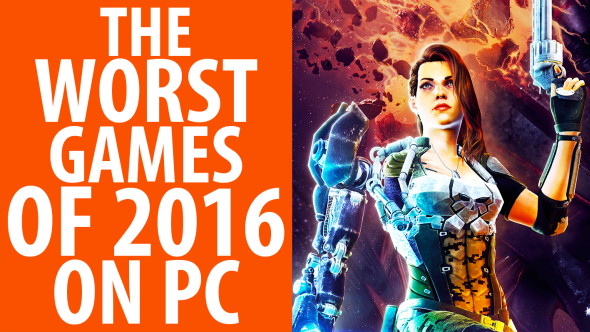 The boundaries of gaming are expanding all the time as designers experiment with new concepts and technologies. In 2016, for instance, an avant-garde group of developers rejected the idea that games had to be good and nice, instead building interactive works of disappointment and tedium that broke down the bourgeois limitations of so-called best practice.

In celebration of that artistic movement, we’ve put together a video collating the very worst PC games of the year. Andy Warhol would have been proud.

Of course, bugs are in the eye of the beholder. These are only the worst games of 2016 as defined by OpenCritic, the review aggregator. But it’s hard to look at Dinocide for longer than a few seconds without concluding that there is such a thing as objectively bad after all.

Had any horrendous experiences of your own this year? Feel free to share in the comments. It’ll be cathartic. And don’t forget to subscribe to the PCGamesN Youtube channel if you think we’re alright.