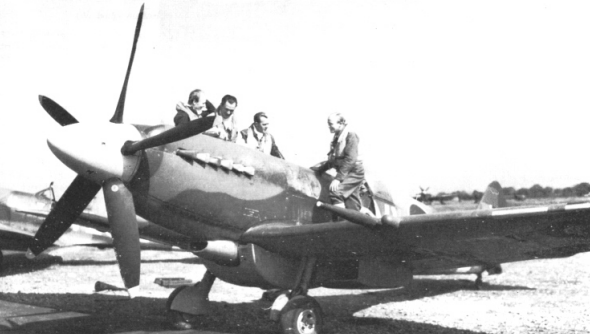 Last week I had the pleasure of meeting the extraordinarily resourceful team of people who will, in January, begin an archaeological dig in Myanmar for what they estimate is at least 36 Spitfires. Apparently, the planes were disassembled and buried in waterproof crates in 1945 and have never been seen since, and surveys of the area suggest there’s definitely something big and metallic down there just waiting to be dug up. Wargaming are funding the expedition and today they’ve launched the project’s official blog.

“It’s an adventure,” Wargaming’s CEO, Victor Kislyi told me, adding that history buffs “all around the world will rejoice when
a Spitfire is found.” The dig will rely on the skills and equipment provided by several of Britain’s top conflict archaeologists and the hope is that the whole project will be completed by the end of spring, since the monsoon season arrives in the summer.

Aviation enthusiast David Cundall has been on the hunt for these buried Spitfires since the late 1990s, when what seemed at first to be a wild goose chase gradually gained a growing body of evidence. Will Cundall finally find the plane’s he’s spent some sixteen years hunting for? We’ll let you know the moment there is news. In the meantime, check out that blog for some great pictures of old aircraft.