I’ve just returned from a brief visit to Poland to watch the World of Tanks grand finals. There were a lot of tanks. And we will be writing all about those tanks shortly.

In between seeing virtual tanks, my host arranged for a very special surprise: Polish tanks!

I don’t speak Polish so the details of what my Polish guide told me on the tour of Warsaw’s Museum of Polish Military Technology may have been lost on me.

I think I got the gist of it though. The Polish army have been allowing old tanks to retire to a field outside the capital where they can spend the last of their days playing in the field, cared for by a team of professionals who have the elderly tanks purring and (largely) happy.

Here is that gist. 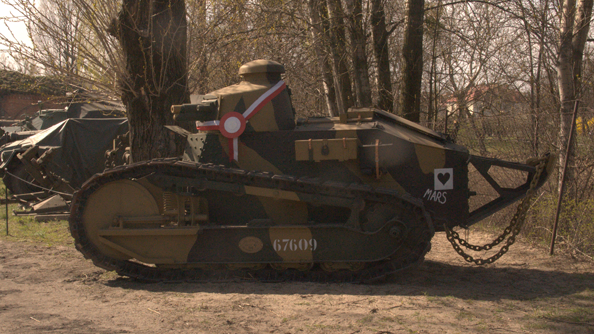 “This is Paula,” the guide told me. “She’s won Cruftski’s ‘Prettiest Tank in Show’ four years running.” From the way he beams I can tell he’s very proud of her. “We let her wear her rosette when visitors come. Sometimes she will parade for visitors.”

But, as with all tanks, Paula is not a tame tank. She ate two journalists during the tour. 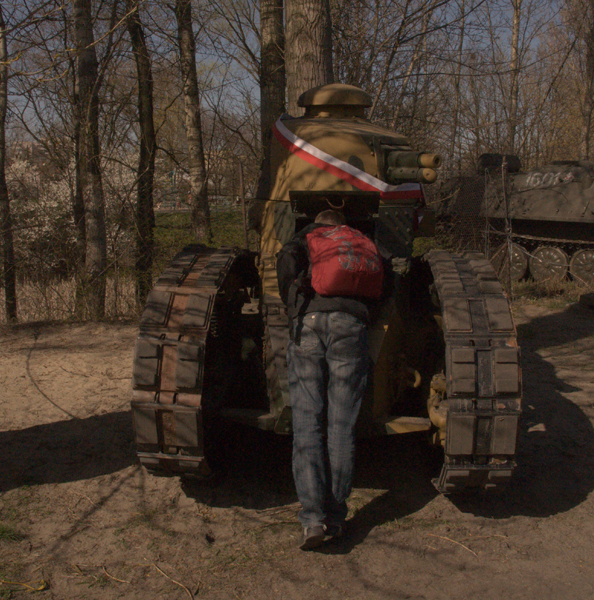 Don’t worry. Their editors were notified and interns were dispatched to replace them.

Not all tanks are as well behaved as Paula. 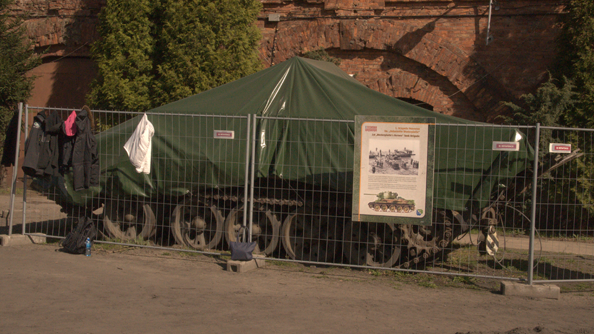 “Patryk is wearing the sheet of shame. He will be allowed back into the field when he has learned his lesson,” our guide says, loud enough for Patryk to hear.

I leave it at that, not wanting to push the issue.

Before we can move on the guide catches sight of a something. “Hey!” he shouts. “Yes, you. I see you. I’ve told you before. Get out of here before I break your non-tank wheels!” 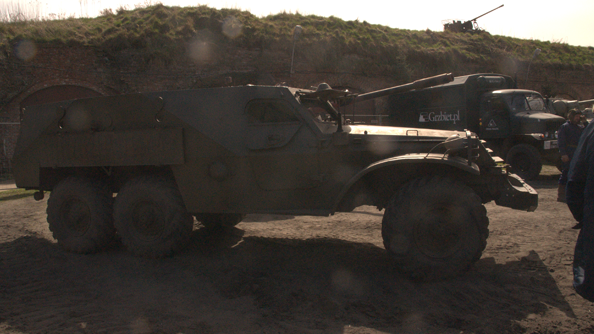 The truck revs its engines, annoyed, and accelerates off into the undergrowth. “Wild vehicles are a constant problem,” our guide admits. “They find holes in the fences and try to hide between the tanks. It can scare the mother tanks and stop them producing milk for their young.”

Pointing to a side lot, he says, “That’s why we’re developing this new fencing.” 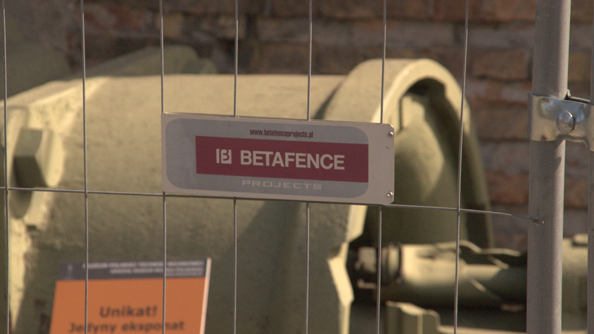 “We hope it will be out of beta by November.”

Seeing our interest in the practice of keeping tanks and the threat that wild machines present our guide shows us how to inspect a vehicle. 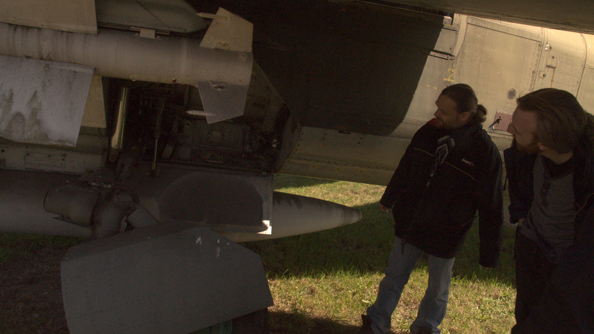 “While you may think this is a tank – it has all the hallmarks: metal, gears, complex instruments, even some of the same markings,” he explains, “this is in fact a plane.”

We all recoil with shock, having been completely taken in by its illusion. But he was right, it was not a tank. 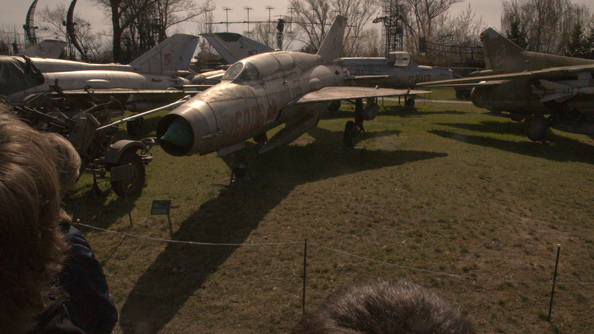 Laughing, he tells us that we need not be afraid. “This is a model we use when training new workers. If it was a real plane it would have crushed you in its jaws before you could get this close.”

We nod in agreement. 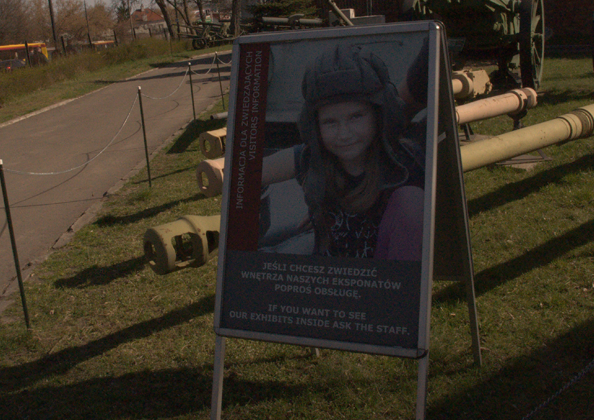 “This is Pavla Kapral, also known as The Witch of Warsaw,” our guide said, not able to keep the anger out if his voice. “In the spring of ‘72 she single-handedly slaughtered 13 tanks and their calves. That is why we hold a minute’s silence of 6th of July, to remember the tanks that fell under the hands of Kapral.

“Here at the museum we have buried the remains of some of Kapral’s victims, marking their graves in the time-honoured fashion: 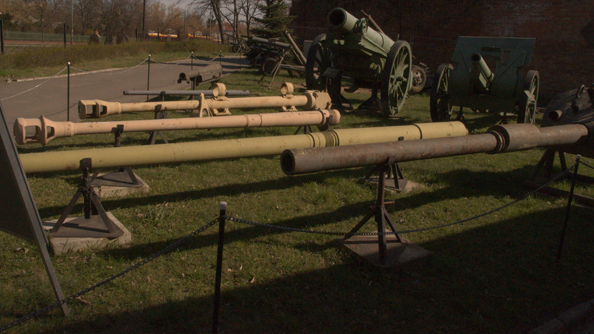 “Unfortunately,” said out guide, “some of our younger visitors, who weren’t alive to witness the horror of Kapral’s work, have taken to wearing her iconic headgear as a mark of protest. 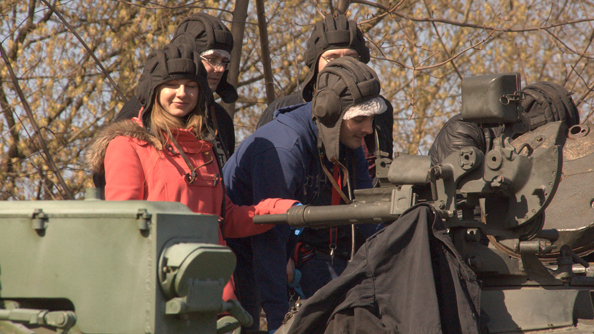 “These Kapralists should be hanged.”

Sensing he had taken the tour on a dark turn, our guide next showed us a mother tank with her child. 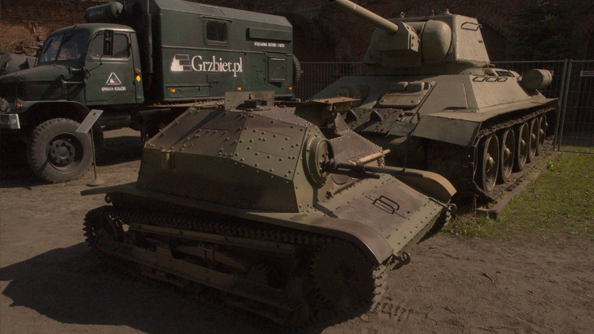 “This is Maciej,” he said, tickling the young tank under its turret, causing Maciej to purr.

“He is only small but he is young, just six months old. We expect him to grow up big and strong like his father.” 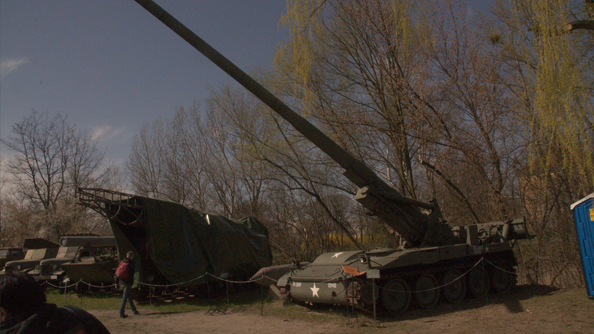 “We must be very quiet,” our guide whispered. “I am going to show you the fabled Polish Phantom. We are proud to be the only military museum to have one of these tanks in captivity but, as such, we must treat it with care. They’re known to lose their unique talent as a result of trauma. So, please, no loud noises.”

Our guide led us to an enclosure. It was easy to see the lengths the staff had gone to to cater for their rare tank’s needs: they had constructed a canopy so that it could stay out of the direct sun and they had paired her up with another female (it’s said the Polish Phantom is most comfortable with a same sex partner – though it is also responsible for the breed’s rarity). 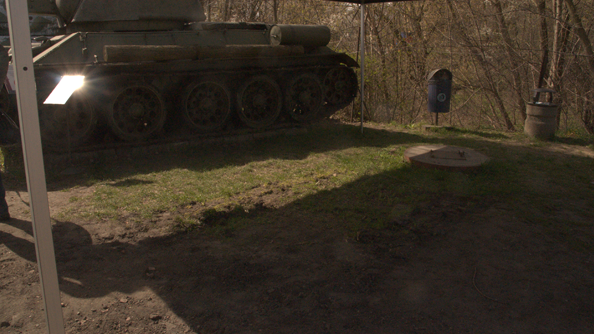 I felt truly blessed to have seen such a creature.

Though, it should be said that even the tanks without the ability to become invisible are perfectly capable of hiding in plain sight. 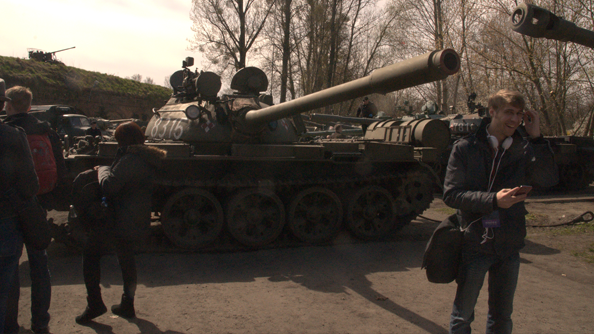 He has no idea the tank is behind him. Cheeky tank.

We spot another fraudster tank. “Shoo! Shoo! Back to the slums,” our guide shouts. 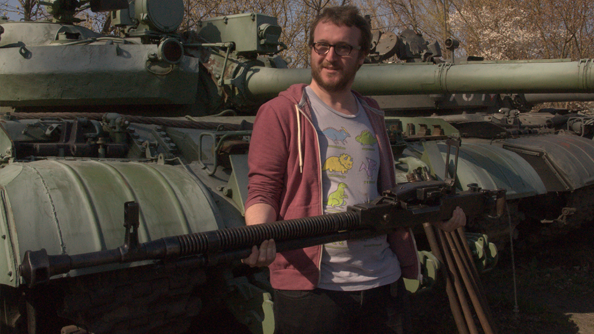 “Who did it think it was fooling?” he says, smiling, as he throws a rock after it.

We laughed too and threw stones at the poorly disguised fake tank.

It was a happy end to our day but unfortunately the tour was over. I learned much about the keeping of and caring for tanks and I hope you learned something too. For now, though, we must bid adieu and say “Bye tanks!” 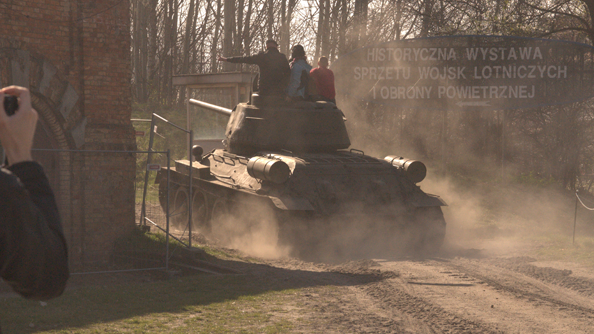 Wargaming will release World of Tanks 9.0 soon. It will include higher resolution tanks. It’s actually quite impressive and it may fix World of Tanks camping problem.