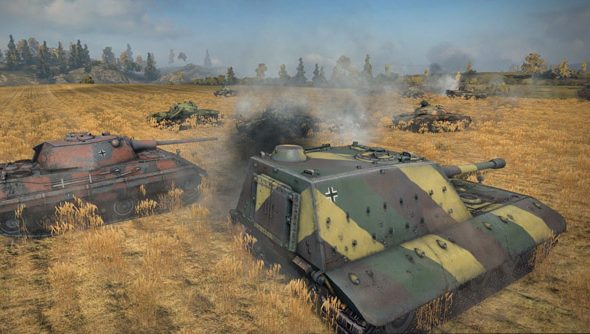 One of the longstanding joys of playing games about historical fighting machines has been hopping into the impossible prototypes – the experimental designs that were only made once or twice because they exploded a lot, or a war ended.

That spirit runs through World of Tanks like a squishy person from a tracked vehicle, and now extends to the structure of the game itself. Wargaming.net have introduced Confrontation – a dangerous, exciting, experimental combat mode so new that it hasn’t been balanced yet.

Available for all tiers and weights – though not for Chinese or Japanese tanks – Confrontation groups together machines from two nations into teams. Like plenty of PvP modes, it sounds like the end result of a 3am “who’d win in a fight” conversation – and will likely be subject to all of the imbalance that question implies. 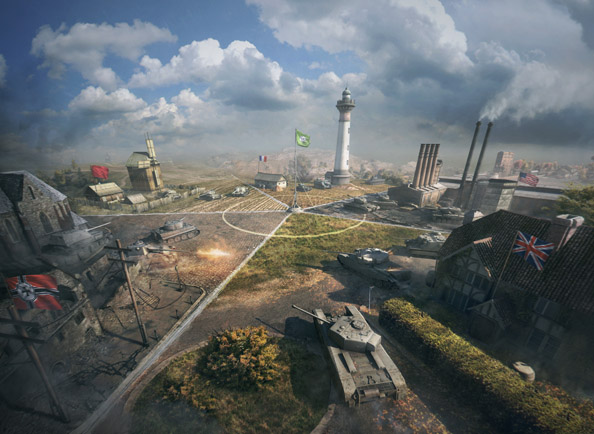 On the less volatile end of the release spectrum, today’s 8.11 update also introduces a new European winter battle arena, Windstorm, as well as revamped versions of Himmelsdorf – now in its winter guise – and Ruinberg – newly featuring rainfall and fires.

Update 8.11 is already live in Europe. Its new mode and battle arenas are due for release in Asia tomorrow, and in North America and South Korea on Thursday.

It’s a shame the Japanese armour’s exempt from Confrontation, as the Japanese roster was expanded on in January’s World of Tanks update 8.10. 14 new tanks were added to the game in total, including the Ke-Ho – ready for battle in 1945, a couple of months too late to join the war in the Pacific.

There it is again: the lure of the experimental machine. D’you think you’ll play a part in testing out this one?