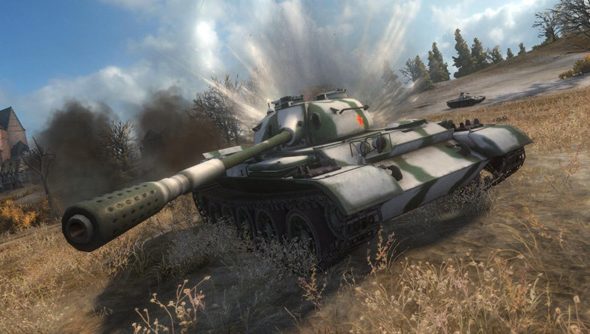 Tracked vehicles have rarely entered into eSports since Counter-Strike practically invented the idea in the late ‘90s. That’s possibly because nothing about mile-long lines of stationary armour says ‘fast-paced teamwork’.

World of Tanks might be changing that. Less a historical sim than an approachable competitive shooter, the game has merited a $10m investment in eSports from its creators, Wargaming. And their community have answered.

Behind those 80 million accounts, Wargaming report that there are 40,000 World of Tanks eSports teams. Last year, 200,000 players competed in more than 1,000 tournaments.

We’ve learned to be wary of developers propping up eSports scenes with generous subsidies; running tournaments where otherwise there would be none. But those numbers are simply too large to be argued with.

“Professional sport – and gaming is no exception – is about fair competition,” said VP of publishing Andrei Yarantsau at the time. “The introduction of our new free-to-win system will really help facilitate the development of World of Tanks as a true eSports discipline.

“The Wargaming game design team has been focusing heavily on competitive elements for our games, so we’re eager to see this all catch on with our players.”

Is World of Tanks our best hope for Twitch-friendly competitive shooting in a post-LoL landscape?