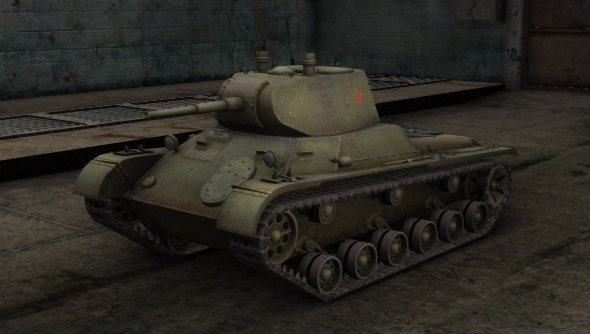 When it was first introduced, the T-127 became one of the most popular low-tier premium tanks in the game and for good reason, too. It’s now on sale as part of one of a trio of special events that Wargaming are currently running across their European and American servers.

First up, there’s the ongoing British promotion which runs until 6:00am GMT tomorrow morning. All British tanks earn triple experience, while all crew training costs are halved. The Churchill and Crusader tanks are half price and both earn 50% more experience. To cap this off, if you earn the Sniper badge for accuracy with high-power shots, you’ll win a bonus of 5,000 credits. Not bad, though at higher tiers this is nothing special.

Meanwhile, those playing on US servers might like to know that a German Tech Tree Focus means that the following tanks earn will 40% more credits until 11:00am GMT:

If you’re thinking of picking up any of those, I can particularly recommend the first two as decent and sprightly all-rounders, a little light on armour but very maneuverable.

Then we come to that T-127, one of the handful of tanks that you’ll have to put down real money for. It’s available as part of the cheapest of four special offer bundles being touted to stateside players and it might well be the best of all of them. Although the T-127 is classed as a light tank, it has decent armour and its cannon packs a fair punch. I’ve used it to defeat many of its tier 3 peers. Here’s a breakdown of the different packages on offer:

If I was to recommend any of those, I’d definitely plump for the cheapest. I think you’ll have more fun with the T-127 and, of course, you’ll be spending a lot less cash. That said, the American Bundle obviously offers slightly more for your money, if you count consumables as costing 50 gold each and a garage slot as 300.

World of Tanks veterans may remember how the T-127 got much of its popularity from slightly breaking the game’s economy when it first came out, proving to be quite the little earner. I should stress that it’s well worth taking your calculator out whenever a cash promotion comes along, as some deals can be much better than others. Take the French Bundle here, for example, which you should absolutely only go for if you must have that vehicle.

Whatever you want to plump for, the sale runs until 12:00pm GMT on December 14.