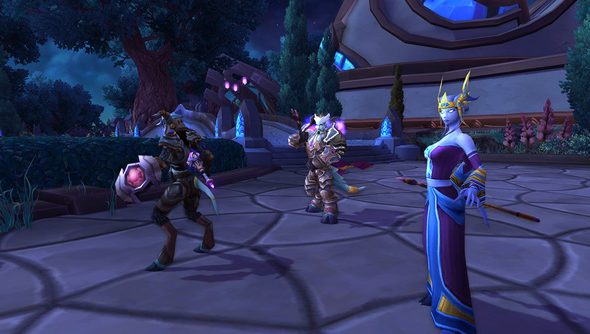 Warlords of Draenor is about as inclusive as WoW expansions get: each copy comes with a magic wand to wave at one of your characters and bring them right up to level 90.

It wasn’t a surprise to learn that Blizzard would be selling an identical boost via WoW’s in-game store, but the price turned heads: $60.

Blizzard have assured players that they’re not running a “profit maximising” scheme – but instead ensuring that WoW’s levelling zones don’t become NPC-only wastelands.

“In terms of the pricing, honestly a big part of that is not wanting to devalue the accomplishment of leveling,” lead encounter designer Ion Hazzikostas told Eurogamer.

“Leveling is something that takes dozens if not over 100 hours in many cases and people have put serious time and effort into that, and we don’t want to diminish that.”

Hazzikostas pointed out that Blizzard would be better off slashing that price by half or more if they wanted to make a fortune selling level boosts – but then “hardly anyone would ever level a character again”.

Rather, the WoW dev team’s intent is to allow players an avenue for boosting alternate characters – without buying a second copy of Warlords of Draenor.

“It’s tremendously awkward to tell someone that you should buy two copies of the expansion just to get a second 90,” said Hazzikostas. “That’s odd. So we knew at that point we were going to have to offer it as a separate service.

“It’s just to allow people who want to purchase additional level 90s, maybe they want a second or third alt and they don’t have time to level it themselves because they have a family or etc – it’s to allow them to do that.”

This is hardly the first time a many-levelled character has been valued so high – eBay has long been testament to that. Time is worth paying for. But maybe Blizzard could have considered other artificial bottlenecks that weren’t so pocket-emptyinglymonetary. What do you lot reckon?