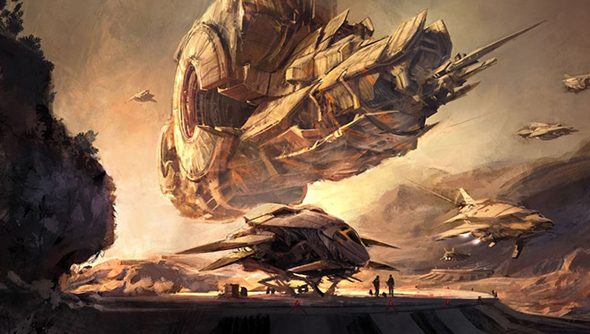 It’s been a turbulent couple of years for Blizzard’s next big project, codenamed ‘Titan’ and never really being detailed beyond that name. Coming from Blizzard, it was assumed it was perhaps something to do with Starcraft, maybe giving it the same treatment as WoW gave Warcraft, but it’s been delayed and postponed since it was first made known to the world back in 2007.

During a financial call last night, Blizzard CEO Mike Morhaime detailed that it is “unlikely to be a subscription-based MMORPG.” There’s an extremely preliminary release window of 2016 mentioned later, but that Blizzard are obviously avoiding subscriptions is somewhat telling.

They’re the company that made World of Warcraft, after all, and still rake in a fair amount of money every month from the subscriptions that there still millions of players pay. But when you have the biggest name in the business deciding, with the massive amounts of data at their fingertips, to forgo a subscription model with their next big game, you know those days have past.

There was also details as to how the development of the game has been going. According to Morhaime, “we have shifted some of the resources from the team to our other franchises, including World of Warcraft and Blizzard All-Stars, which we believe will add immense value to those projects.”

That last is particularly interesting, especially with everything that is going on in the MOBA space at the moment. This weekend sees the beginning of The International 3, Dota 2’s major yearly tournament, and it’s all but certain that Blizzard will be keeping a keen eye on what Valve does over the next seven days to properly gauge what the future holds for the genre.

The question, then, is whether Blizzard can achieve the same lofty heights that they managed with World of Warcraft with something new.