Way back in March this year, 3D Realms revealed a promising new FPS called Wrath: Aeon of Ruin – a shooter developed by KillPixel and a set of “Quake scene veterans,” built on the game engine from id Software’s original Quake. It was then due for a release in Summer, but that came and went and we didn’t hear much from the project, other than a short showing off at Gamescom.

The team plan to release new levels at unspecified periodic intervals, leading up to the full release – where the game will also get a multiplayer component. The final game was originally stated to offer three hub worlds and 15 interconnected levels – so the launch version of the Early Access release offers around 15% of the final game, although of course Wrath may get expanded before the full release.

In total the Early Access version will get the first five levels, 11 of the 15+ enemy roster, half the weapons, and half the artifacts. All of the game’s story and plot elements – yes, it will have those – are being deliberately withheld, so as not to spoil anything. 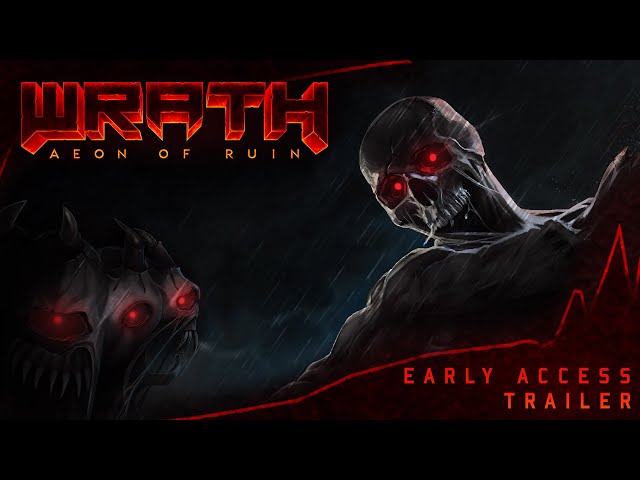 The game itself plays like a deliberate throwback to the Quake 1 era of shooters, similar to the fantastic Dusk – hopefully Wrath will nail the style just as well as that game did. 3D Realms already has the excellent Ion Fury under its belt this year, and that had a similar path to release that Wrath is now taking.

If all goes to plan, the full version of Wrath: Aeon of Ruin will release in Summer 2020. You can either buy it for 5% off between now and December 3, or in a bundle with Ion Fury for 10% off the pair. The price may go up between now and the game’s release, but 3D Realms promises to inform the community if and when that’ll happen.