I can’t tell whether to chalk this up to pandemic lockdowns or my relentlessly advancing age, but racing games have become a serious preoccupation of mine over the past year. While I’ve always enjoyed some good hooning around in Forza Horizon, lately more serious racers have caught my attention, and the last few officially licensed WRC games from KT Racing have become a personal Everest.

WRC 10 features some of the most technically demanding rally courses I’ve seen yet, filled with hairpin turns, fussy back-and-forth paths through Croatian farming villages, and miserable weather that’s sent me sliding off muddy mountain paths into the valleys below.

Its roster of rally cars feels weighty, and it’s added plenty more to do over last year’s WRC 9. Career mode returns with few additional bells and whistles, but you have more events with which to fill your calendar this time out. You’ll also be able to participate in this year’s rallies in Belgium, Croatia, Estonia, and Spain as special events that mirror WRC’s real-world schedule, and each of these presents its own challenging set of high-speed, gravel-chewing stages.

The WRC series isn’t something every Forza Horizon fan is going to get along with – this is considerably more demanding than the freewheeling open-world fun that Playground Games makes its top priority. Rally racing is about planning ahead, learning to listen carefully to your co-driver’s pacenotes, and exercising both restraint and daredevil instincts in equal measure. 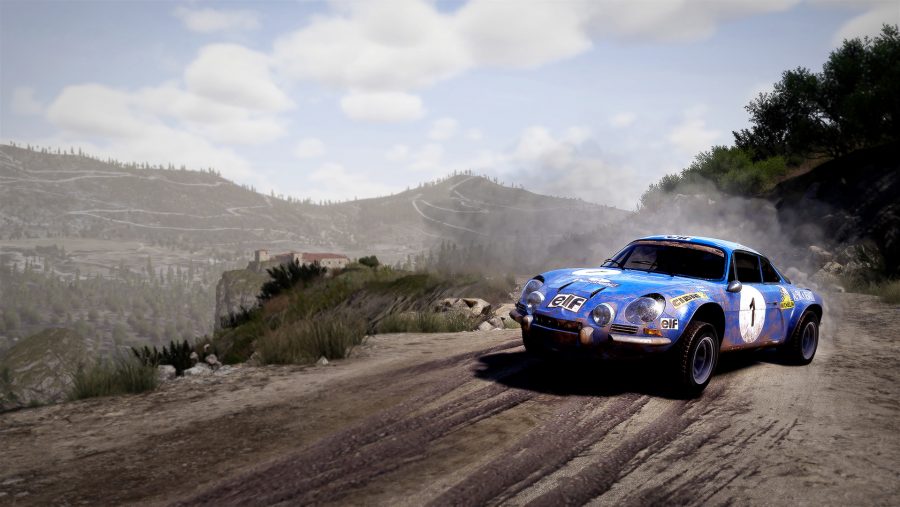 You’ve got to deal with tight turns, bumps, a variety of surfaces that behave differently under different tyre types, and poor weather conditions that will drop visibility down to the point where your eyes feel superfluous. ‘Extreme conditions’ events return, putting you behind the wheel of a badly damaged car, and tasking you with getting as far as you can down a steep, treacherous mountain path in the driving rain – oh, and by the way, it’s midnight.

There's so much to dig into with WRC 10, and I've only scratched the surface

To celebrate the upcoming 50th anniversary of the first World Rally Championship, KT Racing has added a new history mode to WRC 10, which sends you to 19 historic events set in six renowned rally locations. These include the notoriously punishing Acropolis Rally in Greece, which was held in the dead heat of summer on the dusty, twisting mountain roads for which the event is famous.

There’s so much to dig into with WRC 10, and I’ve only scratched the surface – although, sadly enough, I can’t say the same about my poor little Ford Fiesta R5, which I’ve slammed into more guardrails and cliff embankments than I care to admit. Even after playing a decent chunk of Dirt Rally 2.0 and the previous WRC games, I’ve found WRC 10 to be particularly demanding. I find myself agonising over how hard I stomp on the gas pedal , and I have to be extra careful about applying the brakes. Feathering a bit can help on hard gravel, but I’ve got a long way to go before my handbrake turns are up to scratch. 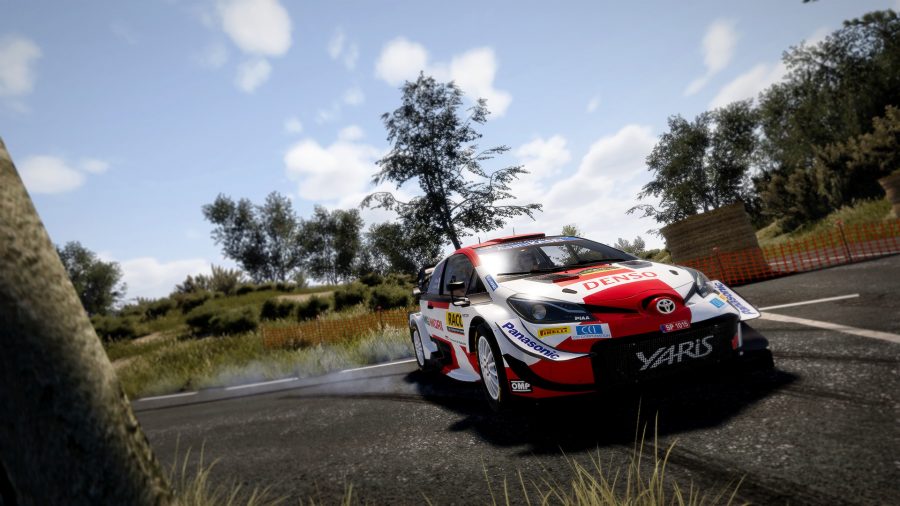 Still, there are those times when I’ll just click with a certain stage, and the flow of the pacenotes in my ear melds with the road I’m watching wind beneath my wheels. My co-driver’s instructions, which are even more detailed this year, act as confirmation for what I’m already instinctively doing, and I manage to pop the handbrake just in time for the tricky blind corner she’s just finished warning me about – the back swings out just enough to carry me through the apex. Inevitably, though, that’s when I’ll get complacent, misjudge a deceptive corner, and slam into something. If things ever get too bad, there’s a suite of difficulty options available to make the ascent a little gentler, and I’ve been grateful for those from time to time.

I’m nowhere close to being good at WRC driving, but I’ve enjoyed the time I’ve spent gradually learning and mastering the precision techniques required just to survive these treacherous courses. If you’ve ever been driving around in Forza Horizon 4 and found yourself wishing it would push back at you a bit more, WRC 10 may be the ride you’re looking for.

WRC 10 FIA World Rally Championship launches September 2, 2021. For more like this check out our list of the best simulation games on PC, or our roundup of the best PC steering wheels.