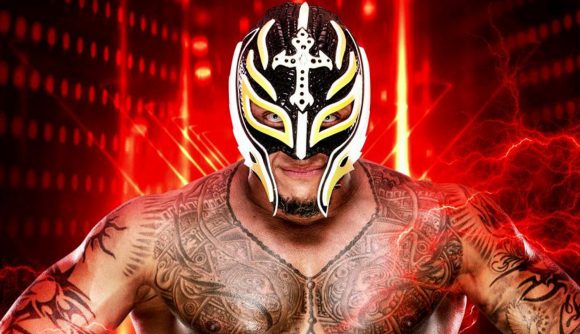 It’s been a few years since wrestling fans have got a new WWE game, but now a leak suggests the WWE 2K22 release date may be as soon as March – with the leak also revealing pre-order details, early access, and the cover featuring a very colourful Rey Mysterio.

As 2K Games is hoping people have forgotten, its last wrestling was WWE 2K20 released back in 2019 and was incredibly broken. It became the laughing stock of the internet, and was actually so bad WWE 2K21 got cancelled altogether. 2K Games told fans the series would be taking a year off to make sure that disaster wouldn’t happen again.

Well, it’s been more than that – in fact, it’s nearly been a full year since WWE 2K22 was announced and there’s still no word about the game’s release. Until today, of course, as leaker Nils Ahrensmeier has posted a lot of information about the game – including WWE 2K22’s two covers and a release date of March 11, with three-day early access starting March 8 available presumably as part of the deluxe edition or a pre-order bonus.

It does seem unusual to release a WWE game in Spring rather than October, but if 2K is sticking with the WWE 2K22 name then it has to release it early 2022 rather than later. Ahrensmeier has leaked things that have proven to be correct in the past – such as the announcement of Super Monkey Ball: Banana Blitz – but rarely far in advance, so if this is true it may get revealed this week.

Let's continue with exclusive Information:
3-Day Early Access Available March 8th.
The WWE 2K22 Deluxe Edition contains everything that is included in the WWE 2K22 Standard Edition, PLUS: the Undertaker Immortal Pack and the Season Pass.

The leaker also mentions the WWE 2K Undertaker Immortal Pack, which is apparently a pre-order bonus and contains “three additional Undertaker personas”. There will be at least three versions of WWE 2K22 reportedly – Standard, Deluxe, and “nWo 4-Life Edition”. Whether or not it’ll all end in tears is another matter.