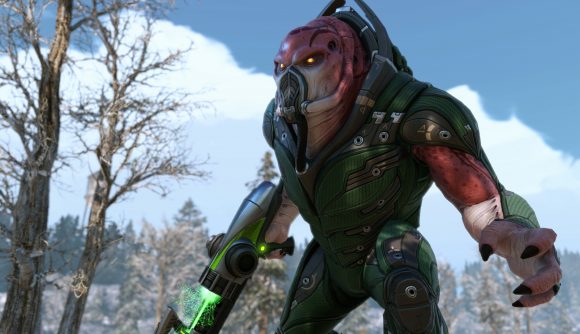 If you’re (blissfully) disconnected from the capital-D Discourse of gaming Twitter, we’ve once again been talking about videogame difficulty this week. As always, some players find challenge to be the important part of games, while others want easier options for accessibility reasons or simple preference. It seems like the latter group is quite a bit bigger, too – judging by the stats of one the most notoriously difficult titles out there.

32% of players completed XCOM 2 on ‘rookie’ – the game’s easiest difficulty setting. That’s compared to 55% of completions on ‘veteran,’ which players typically translate to ‘normal.’ That leaves ‘commander’ and ‘legend’ – the hard and ultra-hard options – at just 11% and 3% of the total, respectively.

These stats have been available on the official site for ages, but have come back around thanks to a tweet from accessibility specialist Ian Hamilton responding to the (roughly seventh?) great difficulty debate of 2019. The stats show that players on easier difficulties are a much bigger piece of the market than their challenge-seeking counterparts.

The stats are pretty similar for missions completed, too, which shows that this isn’t just about people who gave up on their hard playthroughs to restart on easy. 31% of missions were finished on rookie, 52% on veteran, 12% on commander, and 5% on legend.

This all comes up after reports that Death Stranding will have an easy mode, and an article from Ars Technica saying that the whole industry should copy it. The key of the argument is accessibility. Whether it’s because of time, experience, or even health reasons, some games are just too difficult for some players to comfortably engage with. Options make the path wider, without taking away the challenge from people who want it.