Where in Enemy Unknown Psionics was something you likely only experimented with long enough to access the endgame, in XCOM 2 it’s with you from the start: a mystic purple putty sectoids like to lob around the battlefield. You can harness it for yourself, driving mutons insane – e.g. with the thought that they’ve forgotten to turn the heating on and will return to their home planet to find freezing, burst pipes – or simply taking them for a test drive. Here’s how.

Rookies riddled with holes? Our XCOM 2 class guide can help.

“First you go to the tower of Grabnuck,” says XCOM 2’s Jake Solomon. “And you capture the sceptre of… I don’t know.”

He’s messing with you, though. Unlocking the sequel’s de facto wizard class is rather more straightforward – though it’s a considerable investment. 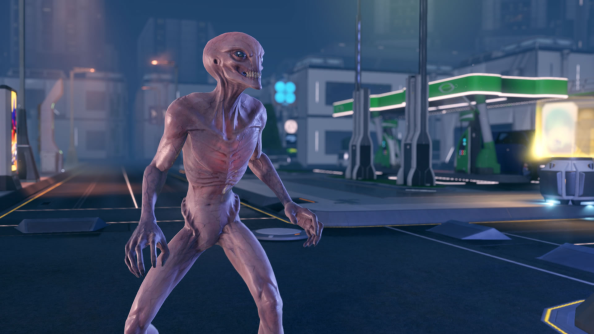 The good news is that you won’t have trouble finding any: they start appearing in the very first fights of the campaign (and now stand upright, so they’re not tricky to spot). But felling one is easier said than done: they’re stuffed with hit points and waste no time in exploiting the low will of your rookies, scuppering your plans with panic and mind control. Sacrifice a soldier if need be, and concentrate your fire on the Roswell-grey alien itself rather than the soldiers they’re reanimating.

Just remember to bring the body back to base with you: if it’s an evac mission, you’re not guaranteed time to clean up the battlefield afterwards. 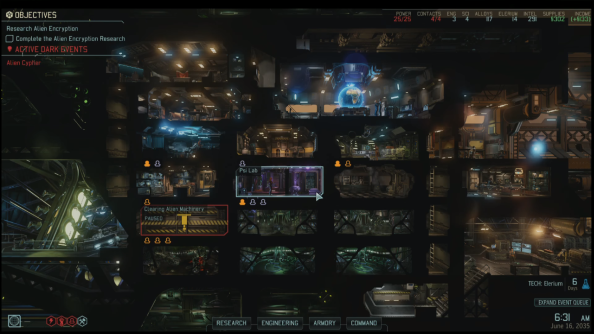 Once you’ve sliced open the sectoid you lugged home in Research, you’ll have the option to study Psionics. Do that, and you’ll be able to build a Psi Lab – so long as you can afford it. They’re hugely expensive to build (175 supplies, ten elerium crystals), a big power draw, and take the best part of a month to construct, so you’d be wise to be wary of the other advancements you’re putting off in the meantime. You’ll also need a little cash left over to buy psi amps – the item through which psi operatives channel their mage-like abilities. 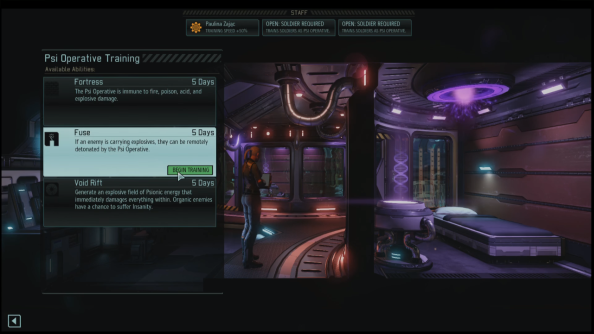 You can pop any rookie into the lab to undergo training. But forget the conventional class advancement tree. Skills can only be studied over time in the lab – not earned on the battlefield. You’ll be given a choice of one of four random starting abilities to learn, and a choice of three for every subsequent training period after that. However, there’s no limit on the number of spells your psi op can pick up, even once they’ve achieved the top rank – Magus.

For an extra boost, assign an engineer to the facility to fast-forward the training speed of your soldiers. Goodness knows you’ve waited long enough for your wizard by now.

And that’s it! Tell us your own tips for psi operative play in the comments.