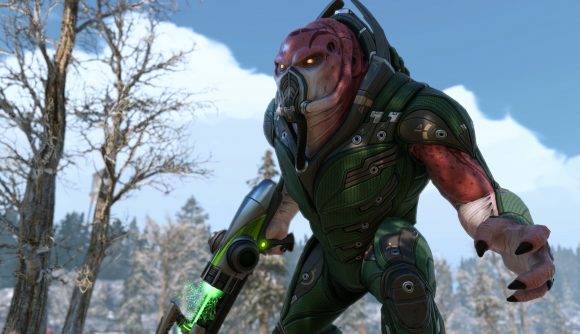 XCOM 2’s mission name generator is the stuff of legends, providing dramatic mission monikers for all your most deadly assignments. As with any random language generator, the results occasionally get silly, and it appears that the developers wanted it to be that way – at least, that’s the implication from some comments in the game’s code.

The Steam version of XCOM 2 includes an SDK with some significant chunks of the game’s code available for viewing and editing by modders. That code is properly commented, and Reddit user ThePharros notes a particularly amusing bit of code and commentary under the string ‘m_strChicken.’

The XCOM 2 developer responsible for this bit of code simply says “I just want to use ‘Chicken’ every once in a while.” There’s a one in 500 (or 0.2%) chance that Chicken will be assigned as the second word in any given operation name. And now we know the exciting reason why: somebody at Firaxis just wanted it to happen.

Yes, some players noted this line of code back around the game’s launch in 2016 – but it was funny then, and it’s still funny now.

Read more: Don’t chicken out in the best strategy games on PC

You can also take this as a reminder that XCOM is good. That Tactical Legacy Pack came out just last year, if you’ve been away for a bit and are looking for an excuse to start another playthrough.