The weekend’s rolled around already and that means it’s time to look at what PC gaming there is to be done over the next couple days. As always, we’ve scouted ahead and found some of the events and offers happening this weekend and rounded them up for you in one convenient place.

Take a break and catch up with all the latest PC gaming news.

What do we have this weekend? There’s double experience to be had, big games that are free to play for a limited time, and pro gamers to watch as they go to war. Check out the list of PC gaming we recommend to you this weekend below.

Win a Steam key for thieving strategy game Antihero – we have 20 copies!

Starting off with this week’s giveaway, we have 20 Steam keys for the newly-released competitive strategy game Antihero. The idea is to run the most successful thieves guild in a gas-lit Victorian city, which means hiring thugs, assassinating the opposition, and robbing the richest houses of all their wares. You can play against the AI or grab some friends for offline and online multiplayer.

Hunt the final elusive target in the first season of Hitman

The first season of Hitman is coming to a close once and for all. Developers Io Interactive have now rolled out the game’s final elusive target for you to hunt down and murder. He’s called Mr. Giggles and, surprisingly, he isn’t a clown, at least, he doesn’t look like one…

Watch us play XCOM 2: War of the Chosen with developer Jake Solomon

We recently had the pleasure of playing XCOM 2: War of the Chosen with game director Jake Solomon when he visited our offices here in Bath. The result is over an hour of entertaining gameplay footage from the upcoming expansion with valuable insight provided by Solomon. Maybe it’ll save some of your troops in the future.

Take part in the double XP weekend for Diablo III

This weekend, Blizzard are hosting a double XP weekend for Diablo III. If you’re an avid player you’ll know how rare an event this is. Don’t miss out! The reason for the double XP is a Legendary Gem exploit that people took advantage of – Blizzard want to give other players a chance to catch back up.

Remember when everyone got excited about Red Dead Redemption 2 before it was actually announced? That happened due to a leaked image from Wild West Online which, as the title says, takes all the cowboy antics to an online world. A new trailer came out this past week. You need to watch it. You do.

Due to the negative response that Mass Effect: Andromeda received both from press and players, there’s a chance you haven’t bothered to play it yet. But would you give it a try if you could play it for free? Well, now you can. It’s not the whole game, of course, but you do get a whole ten hours for free. Get in!

Grab yourself the “definitive Deus Ex” experiencewith a new mod

Deus Ex has long been thought of as a classic. But it’s pretty old now, isn’t it? Luckily, some fans have now finished a mod that they’re calling the “definitive Deus Ex” experience. Bold, yes, but they deserve to gloat – this is a lot of impressive work! 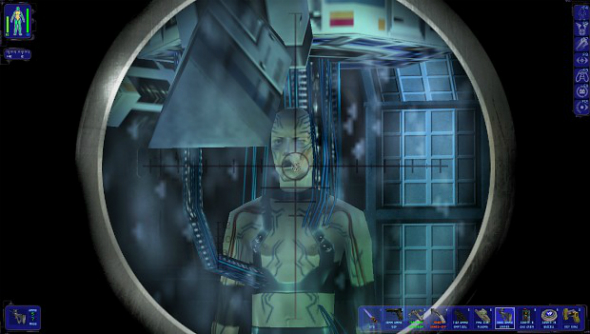 If you’re a fighting game fan you won’t need a reminder that Evo 2017 is happening this weekend. For everyone else, well, here’s your notice. If you want to see the best fighting game players go at it then make sure you tune into the livestreams this weekend.

If you haven’t jumped into the wave of virtual reality that’s currently washing over us then you can’t be blamed. It’s expensive, you need a lot of room, and there isn’t a huge number of VR experiences worth checking out still. But now the Oculus Rift is on sale so perhaps it’s time to embrace the tide?

Grab Ryse: Son of Rome for free while you still can

Remember Ryse: Son of Rome? It’s that game made by Crytek that wowed everyone with its graphics and violence. While that could also be a description of Crysis, Ryse is very different, as you play a Roman centurion armed with a sword and shield, cutting down armies in bloody display. Worth a shot now it’s free.