We’re more than a smidge excited about XCOM 2; a fact you probably garnered if you checked out our recent hands-on. If you weren’t already won over by its beefed up character customisation or alien snakes, then the turn-based tactical shooter will surely own your heart as soon as you clap eyes on its gorgeous box art.

While you’re in the mood for aliens, why not check out the best PC Star Wars games.

And by ‘gorgeous’, I of course mean ‘pretty damn terrifying’. 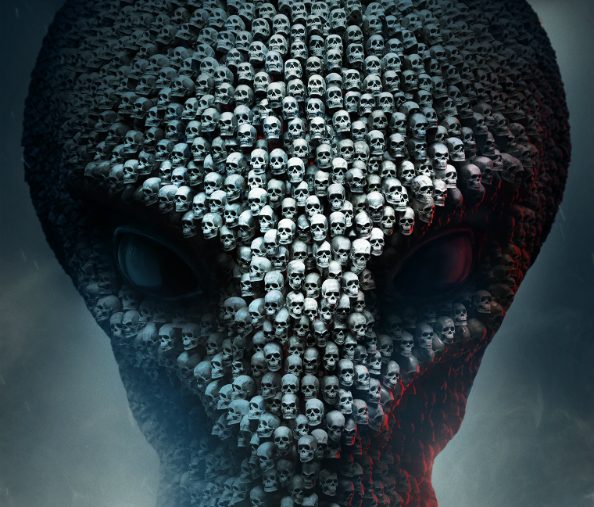 Yes, that is indeed an alien head composed of hundreds of human skulls. Delightful. If I didn’t want to win XCOM 2’s intergalactic war before, I sure do now. You can view the full-size cover on ourimgur.

There’s also a new XCOM 2 trailer which shows off the sheer scale of the mankind-enslaving threat:

Aside from that decidedly bold box art and video, developer Firaxis has been dishing the details on the game’s digital deluxe edition. Said edition is available for pre-purchase now, and costs $74.99. Stump up that sort of cash and you’ll bag the base game, the digital soundtrack and the Reinforcement Pack. Here’s what the pack contains:

In addition, those who pre-order XCOM 2 will be rewarded with the Resistance Warrior Pack; an add-on that provides extra soldier customisation options which take the form of new outfits, gear and war paint.

XCOM 2 is looking to rule the galaxy when it launches February 5. To prepare, I’m going to spend the next couple of months punching my E.T. plushie in the face.