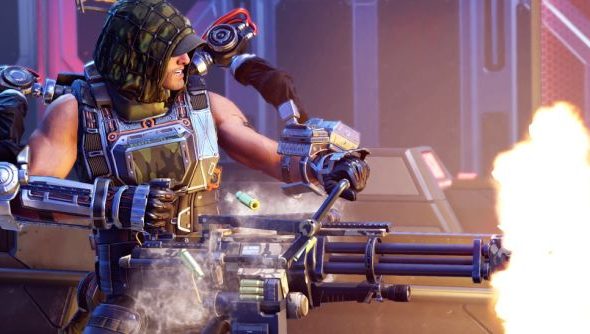 I got beloved PCGamesN staffer Ben Barrett murdered by an alien snake.

Not the real Ben Barrett, of course ­- I’ve heard he’s immune to snakes of all shapes and sizes -­ but a facsimile of the man, formed as I got to grips with XCOM 2’s beefed up character creation system.

How many of the best strategy games on PC have you navigated?

Firaxis wants you to care about your soldiers more than ever before, so its sequel adds a variety of customisation options. Scars, tattoos, stupid facial hair -­ it’s all in here. I decided to take it for a spin and create the one person least likely to become the first, last and only line of defence against the scum of the universe. 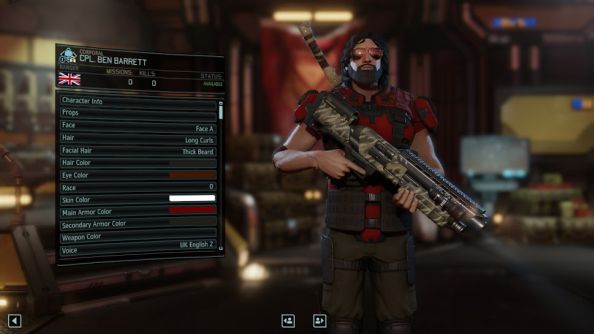 Every soldier you create in XCOM 2 can also be added to a character pool. For every mission you will also be given a randomly generated secondary objective involving randomly generated characters, but these are pulled from this pool, which means you could be going into battle to rescue your best friend, sister, or perhaps even John Cena.

There are no WWE superstars during my time playing the game, but what does quickly become clear is that, even beyond the characters themselves, there’s more customisation, more meaningful choices, and more horrific consequences.

It still feels like XCOM when you’re building your base or fighting aliens on the ground, but the strategy layer has been entirely reworked – it’s not just a case of fast-­forwarding time and reacting to problems any more; you’re the one causing the problems. You can build resistance cells in other countries, ambush alien forces, or attack their facilities. And you need to pick your targets well because the alien agenda is slowly ticking, and if they complete their secret project it’s game over. 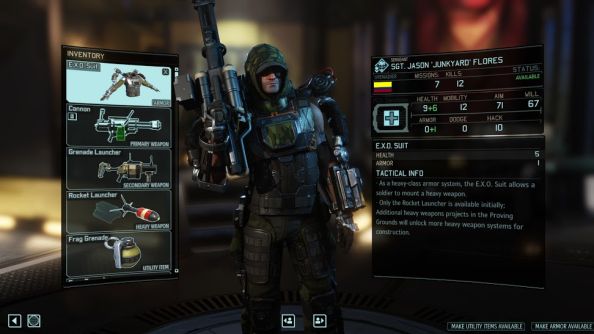 It’s the biggest change to the series formula so far, and reminds me of the base-­raids you could conduct in X­-Com Apocalypse ­- but here the idea of a guerilla war is handled much better.

When you’re on the ground the biggest change is the lack of aliens. On the whole you’ll be fighting the occupying ADVENT force while the aliens take a backseat. These guys are mostly human, with just a tiny bit of alien DNA, meaning that fighting them is fairly by the numbers ­- flank them, stay in cover, try not to get grenaded.

Then an actual alien appears. In our time with the game we saw just a couple, the sectoid and the Snake Man, who is basically a Thin Man without the need to disguise themselves in a suit anymore. Both felt like terrifying evolutions, with the basic Sectoid having twice as many hit points as their XCOM incarnations, and access to mind control powers that can dominate your entire squad early on. 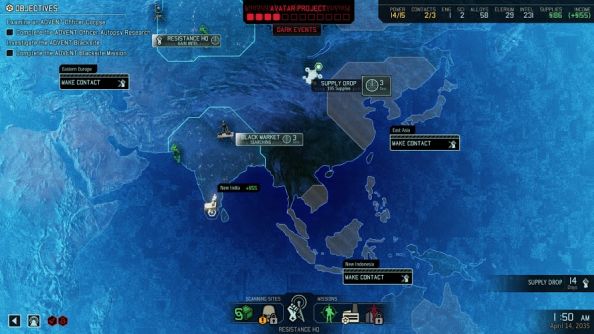 The Snake Men were always scary with a ranged poison attack that can mess with a squad, and now they also have a long-­range grapple that pulls a soldier in for a warm embrace. This does eight damage, which is a lot at any stage of the game ­- killing any soldier of ours that got snared -­ but it seems to be balanced by having a very low chance to hit.

That’s how I got Barrett killed. Death by snake hug. What a way to go.

Aliens feel dangerous and unpredictable, although familiarity will probably ease the sting. After gathering a few soldiers close to a doorway to push through and take the next room, an enemy mech dropped to its knees and fired out a barrage of grenades which killed the entire ensemble. Many of my soldiers died pathetic, confused deaths as I struggled to work out the new abilities of combatants on both sides -­ and this despite spending over 100 hours with the previous game. 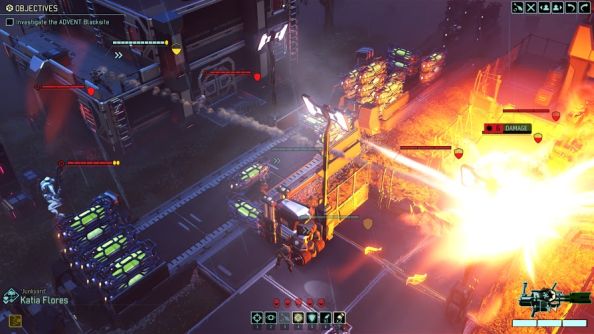 All of the classes have been given a reshuffle, with the altered skills affecting the combat in different ways: the Marksman gets a host of pistol skills allowing them to fire a pistol for free and also return fire when attacked, while the stealthy Ranger has the ability to hit people with a sword, something that instantly felt unnatural from the release trailer. It works, though. As with everything else added to XCOM 2, there’s risk and reward. The Ranger’s melee attack can be used at the end of a sprint, letting you hoof it across the map before getting stuck in.

But what if you get left out of cover? What if you miss the sword swing? There’s a good chance your lowly Ranger is going to get massacred in a volley of return fire. I found myself using the Ranger to flush enemies out of hiding, but no doubt others will deploy him in various different ways.

The tactical layer is full of choices like this: do you want your robo­-buddy full of healing drugs, or armed to the teeth? There seems to be a lot of divergent choices to the combat, and it’s something that’s set to both cater to differing playstyles as well as adding another layer of replayability. 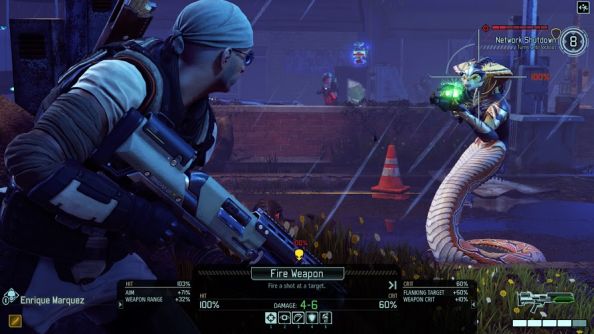 This extra nuance slowly becomes apparent the more time you spend with the game. The stealth changes things up a lot, giving you a chance to get the drop on at least the first group of enemies you encounter, but also allowing you to scout around a little before combat starts.

To encourage you to move around a bit more, some enemy soldiers will drop loot you can use to upgrade your weapons. Mechanically this works like Meld from Enemy Within, and has to be picked up within a few turns or it’ll vanish -­ this encourages you to keep moving, and make daring runs.

Taking these home you can bolt them to your guns for a variety of special effects, giving guns their own names or even silly paintjobs. The guns are persistent, too. If your frontline soldier dies, take his “Sectoid Slayer” and give it to his replacement, like the passing of a particularly lethal baton. 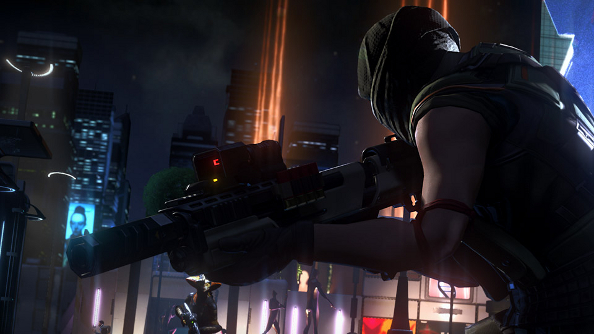 The most exciting thing though, as a fan, is the addition of procedurally generated maps, with Firaxis’ approach seeing the game take parcels of hand­-designed land and stitching them together.

The result is a map that’s different every time you play, but because it’s ultimately been crafted by a human it feels like it could be a real place, and there’s still a degree of authorship. It’s a change that’s news to the ears of anyone who waded through Enemy Unknown’s limited selection time and time again.

Unfortunately 2K weren’t willing to grant me 40 hours to sit with the game and experience an entire run through the campaign, but what I did see was good enough to dispel any doubts that XCOM 2 is on the right path. Just knowing that this is set to see me through those 40 hours, and many, many more, is enough at this stage.