It’s unprecedented in recent years for a turn-based strategy game to be met with such fanfare, but XCOM 2 has exceeded expectations and, against the odds, possibly even topped its predecessor in terms of quality.

Not only that, but it’s also made our prestigious list of the best PC games.

Now that the game’s well and truly broken cover, we took some time with lead producer Garth DeAngelis to discuss its remarkable reception, pigeon mods, and what might lie in store for XCOM in the future. 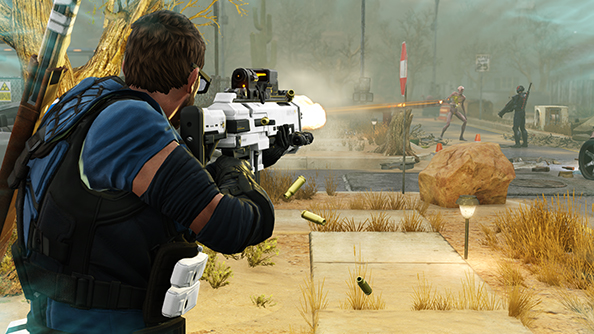 PCGN: You took an unusually high risk on a sequel, and the reviews are ecstatic. What’s the atmosphere like at Firaxis right now?

Garth DeAngelis: There’s no doubt about it – we’re pretty ecstatic as well. It’s not a derivative sequel which is something I’m extremely proud of. The team made a lot of bold choices across the board from design, to changing the rendering and art pipelines, to including new gameplay pillars like modding. There are a lot of changes in this sequel that the team pulled off really well and to see it reflected in the vast majority of the community is the best reward we could ask for.

XCOM 2’s strict mission timers are part and parcel of the guerrilla concept, but they’ve definitely divided new players. Was that something you anticipated?

No, I’d be lying if I said we completely anticipated that. We certainly knew it was a bold change to have objectives that are different for every single mission; Enemy Unknown was the inverse where 90% of the time you’re asked to sweep out all the aliens and then once in a blue moon you’d have a bomb disposal mission or something similar. We wanted to flip that and make missions feel unique every time, so we made the decision to merge dynamics.

One of the things that we love about it is that it really forces players to rethink how they played Enemy Unknown and Enemy Within. You could say that adding timers to everything is less than ideal, but I think when you’re playing the game and you get immersed in the world it makes sense: you’re a guerrilla force and there are specific operations that must be completed to advance the resistance. It’s one of those bold design decisions that I think the team did a great job with. It would have been easy to say ‘let’s make these missions ‘kill everything’ again’ but I’m very proud that we didn’t. 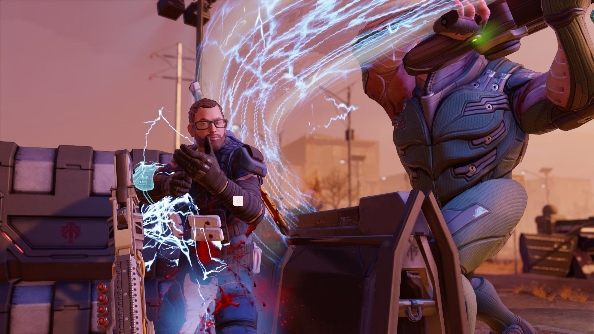 Long War was loved partly because it made Enemy Unknown even harder, but the most popular XCOM 2 mods so far reduce difficulty. Why do you think that is?

Again, this whole game is an inverse reflection of Enemy Unknown where Long War added so much depth and detail and length. Now we have the opposite with early mods making the game easier. I think that’s the beauty of mods, which we’re super excited about. We created this platform where players can take the design of the game and say ‘I like it, but I want to do these unique things to it specifically to tailor my experience’.

That’s what mods are all about. We’re getting some early feedback that the game’s really challenging, but we structured the code to make it very accessible and easy to say ‘I do wanna make it easier, I do wanna add more turns to the turn timer.’ That’s why we created the game in this way.

What were the technical challenges you encountered in your drive to make XCOM 2 ‘mod friendly’?

I wouldn’t say there were challenges, there was just a lot of overhead for our engineers. The entire code base had to be refactored; not as much code is nativised and all the systems had to be rewritten with the thought that the game has to be accessible for modders. There were some knock-ons: it made debugging harder in some cases. Our engineers had a monumental task in front of them but we all got behind this as a pillar [of gameplay] and we made it happen. So to answer your question it was a very, very big undertaking.

What mods have you started installing for your own campaigns internally?

I’ve been so busy with post-release stuff that I haven’t been able to dig in much myself but I hear war stories from the team. Some of our biggest fans in the community love the pigeons from Enemy Unknown – the pigeons are this world-building particle effect that you see in some of the maps – I remember there were some little memes with them where people would always try to find the pigeons, so pigeons are back and now they have their own mod. I believe there is even a pigeon gun which is part of the zany and fun side of mods.

Then of course there are the mods where people are changing gameplay, everything from turn timers to the amount of VO that is played on retaliation missions where people just didn’t want to hear [Bradley] as much. They got tired of him yelling at them for not saving enough civilians lives so there’s a mod that turns that down. Again this is all the sort of stuff we love seeing that tailors the game 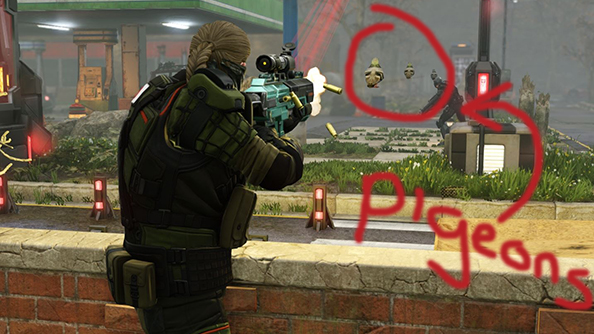 So do you see XCOM as leading the charge of turn-based tactical revolution? The genre hasn’t exactly flourished over the past decade…

Yes, that would be a dream of mine. I’m a lifelong videogame fan but there’s something very special about this genre and it doesn’t currently feature a broad spectrum of games. That said, over the past four or five years there have been a lot of really exciting projects like Invisible Inc, The Banner Saga, Massive Chalice, Frozen Synapse – there’s been a small resurgence in turn based tactical strategy and XCOM 2 and modding will help that grow more. I think the mechanics for this genre are timeless; it speaks to our core desire for interesting systems. There’s something about this turn-based that real-time can’t touch.

Some players have reported problems with performance, and in particular an irregular rhythm to play caused by odd pauses between turns. Is that something you’re tackling?

This is of the utmost importance to us right now and we’re hungry for more information. Firaxis has a history of supporting its products post-launch and that’s not going to change with XCOM 2. The team has loved all the positive feedback but bugs pain us as much as they do the players. I’d encourage people to go to the technical forums, report issues, talk amongst themselves, pass along logs, pass along savegames – we want that information.

Careful management of save games seems almost non-negotiable in XCOM 2. Have you considered any remedies to the game-interrupting save/reload reflex many players experience?

Well we have Iron Man. I think what you describe is common though a lot of people probably won’t admit it because Iron Man is the ‘pure way to play’. So much of the fun of XCOM 2 is consequences so if you don’t stick with some of those consequences then it kind of feels like you’re shortchanging yourself. However have been scenarios where I’ve said ‘No no no, I am not letting my wife die here, I’m going to reload’. 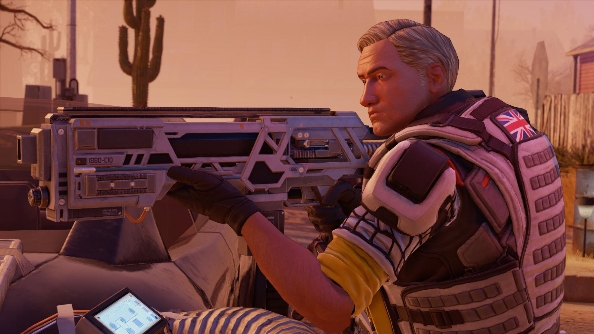 Your wife? Does this mean you role play friends and family when you’re assembling your squad?

I play a lot of different ways but family and friends is one of my favourites. I also like developer playthroughs and celebrity playthrough, and sometimes I just go with what the game gives me. I think that is the ripest way to play for emergent storytelling where you create your own stories with, for example, this squaddie from Ireland who turns into your top sniper. You don’t really have an emotional connection to that person on the outside but you develop one based on how they play over the course of the game.

XCOM 2’s mechanics are intimidatingly deep, but some behind the scenes cogs (such as a few factors in chance to hit) are hidden from players. How did you decide what to make visible and what to hide?

Through a lot of playtesting and iteration. Any game developer would tell you iteration is key and that it helps you hone in on the best experience. Obviously ‘best’ is subjective but you gather as much information as you can pre-launch through playthroughs and talk about it with design. It’s a huge challenge, especially on something like the geoscape where there’s so much happening under the hood and it’s very easy to get overwhelmed. We held back on so much and there’s still a lot of information that we deemed unnecessary to the player.

What kind of information did you ultimately decide wasn’t appropriate to share? During development was a build tested where more of the underlying number crunching was visible to players?

The details of the Avatar Project were a little more exposed at one point, as well as Dark Events. We were playing around with making the timeline more visible, but it’s really cool that we went the route we did because hiding that information enhances the effect of a ‘sinister alien agenda’ – you don’t know exactly what’s going to happen and when. Instead players just have to react to it when it happens and potentially adjust their plans. 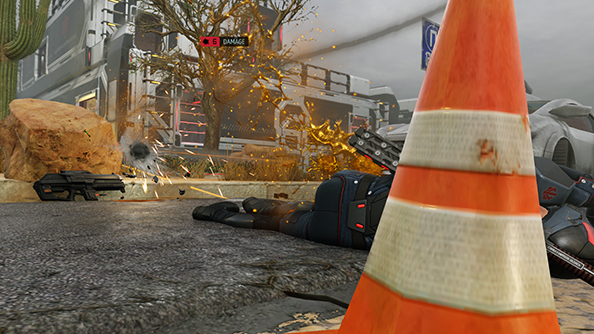 There has been murmuring among some players that the exposed maths sometimes lies. Can you confirm that the chance to hit (98% for instance) is always accurate? Or is something else going on?

Yes, they are accurate! I think there are interesting psychological phenomenon going on here. The one or two times in a playthrough that you miss your 95% shot – which is possible, it’s not 100% – are really memorable. You won’t forget that moment and you will swear that the underlying math is incorrect but it’s simply probabilities. It can happen.

One of the biggest, possibly unsung changes you made in XCOM 2 is the procedural generation of every map. How did you pull this off?

Our procedural map generation is a soft system from a player facing perspective, one that a casual player may not even know about. The artists and level designers did such a great great job – on the surface the maps feel very hand crafted. We still have what we call the parcels (the buildings themselves and some elements of the streets) they’re all hand-crafted which I think gives that sense of believability and feels like it’s a lived-in world. It’s not completely random but the way that these elements stitch together was the big challenge and it was months of work in pre-production to get that up and running.

We used to have massive maps that were five times the size of the maps the ended up in XCOM 2. These maps had multiple exit points and spawn points but it was all too unwieldy and wasn’t fun so we went through a lot of iteration to hone in on the sweet spot, which I think we found. 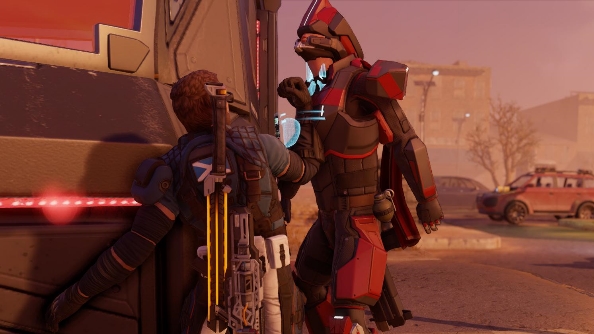 What’s in store in the future for XCOM 2?

First and foremost we’re going to continue to support the game post-launch to make sure as many people can enjoy it as possible. Next up we have some post-release content coming along. If you purchase the Digital Deluxe edition you get those products piecemeal. We don’t know exact timeframes yet but they’re going to include some really cool items and gameplay that will augment the experience further.

[Laughs] Oh I don’t know about that! I’m still trying to enjoy this.

If you’re after more sectoid-splatting action, we’ve done a ‘pass the save’ PCGamesN XCOM 2 diary. It didn’t go well…