XCOM 2 is finally here to occupy every nanosecond of your spare time, turn by turn. After having spent more time with the game in the past week than a commercial pilot spends in the cockpit, our verdict is overwhelmingly positive. Praise be!

But what else? What mods will there be? Will XCOM 2 run on my machine? How well? Just what exactly is involved in an ‘interrogation’?

Fancy helping us out? Come contribute to our XCOM 2 user review.

Consider us your research team ahead of the Firaxis’ turn-based tactical return. You’ll find comprehensive details on the fight against ADVENT below [adopts best Dr. Vahlen voice], commaaahnder.

Update 3 Feb, 2016: We now have global launch times! Plus there’s our epic review, intel suggesting a stellar soundtrack in the vein of Enemy Unknown, more monsters, and launch mods courtesy of the Long War team(!).

The Skyranger landed on February 5th, 2016 – or actually slightly earlier depending on where you live. The XCOM 2 release schedule has been announced, and the cliff notes are as follows:

What is basically means is that anyone in the UK or on the west coast is going to get a head start on saving the world. Eastern territories – it’s not looking so good for you. 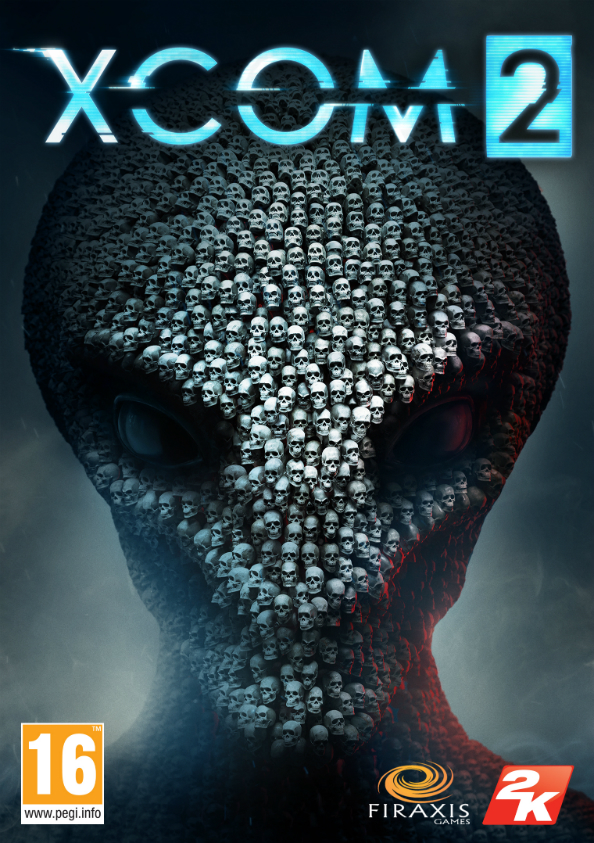 We’ve spent upwards of 70 hours trying to send the alien menace back from whence they came. Were we successful? Well, that’s all in how you look at it.

What we certainly have managed to do is pull together our thoughts, express them via written words, and then attach a number to those words in order to convey our opinion on the game’s overall quality. Sure sounds like an XCOM 2 review to us.

What Firaxis have come up with is not easy. And that’s putting it very, very mildly. Thankfully you can learn from our mistakes and tragic losses, so you can make marginally fewer of your own.

First up is our XCOM 2 class guide, which will tell you how to best deploy your troops and make optimal use of their various abilities.

One of said troops wields psionic abilites, and you can now harness these from the start of the game. But only if you know how to unlock the psi op in XCOM 2. You don’t? Click that link. That one right there – it’ll tell you all you need to know. 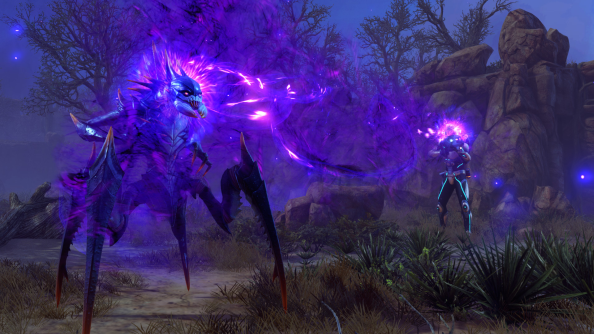 There’s much that’s technically impressive about the new XCOM – not least the procedurally generated maps. But it’s only a looker if mutons make you so weak at the knees as to expend your movement for the turn. The sequel’s system specs are consequently forgiving, particularly if you’re considering the minimum requirements:

That first E3 demo covered a lot of ground – from soldier stealth to long-range lickings and turret takeovers:

Here’s a lengthy introduction to your ship, the Avenger, and everyone on it:

And in the battlefield department, we’ve got footage of two missions from our Jake’s XCOM 2 hands-on:

Firaxis have constructed a new conceit around XCOM’s primary theme: loss. Enemy Unknown’s international effort failed; the aliens succeeded in their invasion, and set up the ADVENT administration to rule an unrecognisable Earth.

Two decades on, you’re the leader of a tatty group of resistance fighters, perpetually on the run in XCOM’s very first mobile base. You’ll do all your research, equipping and engineering on the Avenger, and fly the repurposed alien transport ship around the globe in search of resources and allies.

This is a newly dynamic geoscape, in which you’ll face between three and seven choices at once and struggle to fend off an enemy conducting its own research projects – dubbed dark events. Fail to prevent ADVENT from developing poisonous viper rounds, for instance, and you’ll be cursing their ingenuity for the rest of the campaign. 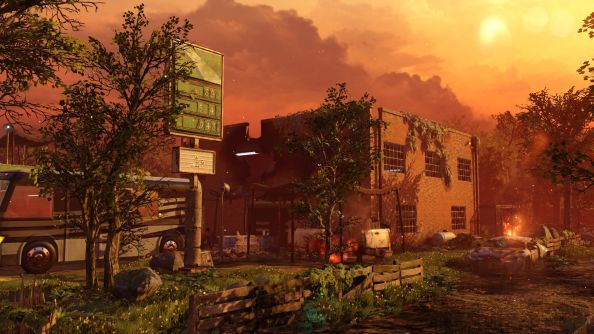 Down on the ground, maps are procedurally generated – which means you’ll never know an environment as well as you did Enemy Unknown’s tired diners or police stations. According to our Jake, however, Firaxis’ authorship still ensures a convincing urban mess. Or rural sprawl, as the case may be – the studio have already shown off their small town, shanty and wilderness templates.

Most recently they’ve revealed the slums, the jigsaw pieces of which tell a story to the attentive. Outside of the pristine city centres ADVENT are fond of broadcasting among their achievements, dissent and poverty yields vandalism and dilapidation. Still, there’s a silver lining for XCOM: windows don’t make conspicuous crashing noises if they’re already smashed when you jump through them. 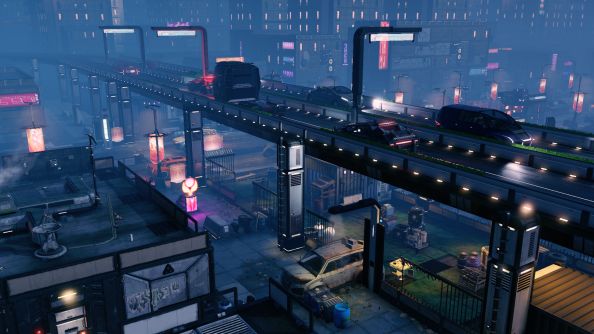 Your soldiers will employ concealment mechanics that build on the cloaking options of Enemy Within, and sport new professions. The Ranger out-assaults the traditional assault class with a machete; the Specialist provides support with remote control drones; a more flexible Grenadier fills the heavy’s role; while the sniper has learned to juggle pistols, becoming the Sharpshooter. On top of that, deepened customisation options will let you define the tats and ‘tude of your troops.

XCOM 2 also has a fifth and optional class, the product of training in a specialised facility – the psi operative. With their white hair and purple eyes they somewhat resemble X-Men’s Storm, and share her aptitude for causing chaos – detonating enemy explosives and, most potently, taking remote control of a single enemy unit per battle.

Here’s how to unlock the XCOM 2 psi op in your own campaign.

Not only is XCOM 2 a PC exclusive, it’s been opened up to new modding possibilities. Following the runaway success of the demanding Long War mod for Enemy Unknown, Firaxis have pledged to release modding tools to the community on or shortly after release of the sequel. Anything players make will be easily plugged into the existing game via Steam integration.

What’s more, Firaxis have recruited the newly christened Long War Studios to produce a few XCOM 2 mods – littler in scope than their previous work – to land alongside the game. Those mods include the buff-happy Muton Centurion, a new Leader tree of special abilities for soldiers, and a submachine gun. All available for free on launch day. 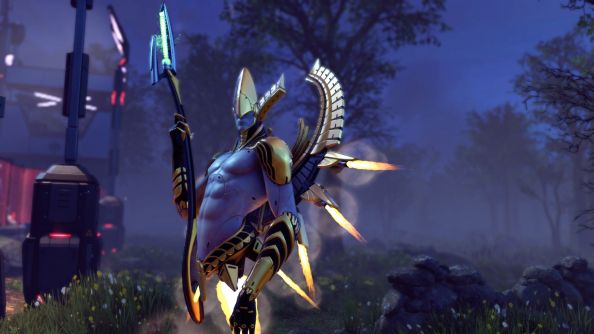 There’s a lot to be said for discovering the xenos move by move; allowing yourself to possibility of being as horrified as you were the first time a chryssalid disassembled one of your soldiers. Enemy Unknown was in the title, after all. But Firaxis have released footage of a few new beasties, and we won’t deny you that preparatory glimpse if you want it.

Observe the battlesuited, acid-spitting Andromedon, and the hideous Faceless, who can hide inside any civilian, recontextualising rescue missions horribly. The floater has been given an angelic new facade as the Archon, and you’ve probably already seen the Viper at E3 – a constrictive snake-person.

The ADVENT administration will field their own troops, too – humans with specialisms in the defensive and assault categories. 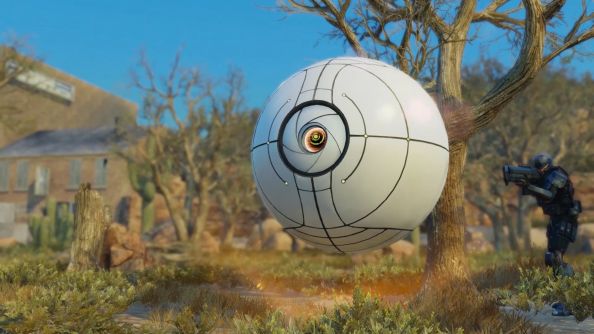 The gatekeeper is the poké ball of your nightmares. You can’t spell orb without absorb, and this floating sphere can take a terrific pounding. It’ll stick around long enough to open up, much like the cyberdisc of Enemy Unknown. The shell doesn’t conceal more metal, however, but a tentacular pink form capable of sapping soldier health and psionically raising the dead on masse.

The new War of the Worlds-ishsectopod is less complicated but even more imposing – especially once it extends to full height to greet your soldiers creeping about on the first floor. Once it’s targeted an area for bombing, just make sure you’re absolutely anywhere else by the end of the turn.

Tim Wynn composed a soundtrack for Enemy Unknown that was by turns triumphal and tense, which certainly sounds like XCOM. He’s returned to do similar work for XCOM 2.

“The score for XCOM 2 continues the legacy sound of the acclaimed reboot and expands the franchise’s sonic palette with emotional orchestral themes and synth-driven sci-fi ambience,” say 2K, “now defined by the epic fight to take back the planet.”

Two trailers have bookended Firaxis’ XCOM 2 campaign. The first is a window into life under ADVENT, and the efforts of the ragtag resistence:

The second, a recent ‘Retaliation’ clip, serves as a good summary of everything we’ve discussed here. Good luck, commander. Because every sentence must end with the intonation of the word commander. Commander.

And if you’re really wanting to get a head-start with the sequel, you can’t do much better than the full XCOM 2 intro revealed at PAX South.

What are you planning to research first… commander? Let us know below. We’ll update this piece regularly as Firaxis inch out of cover before February’s release.