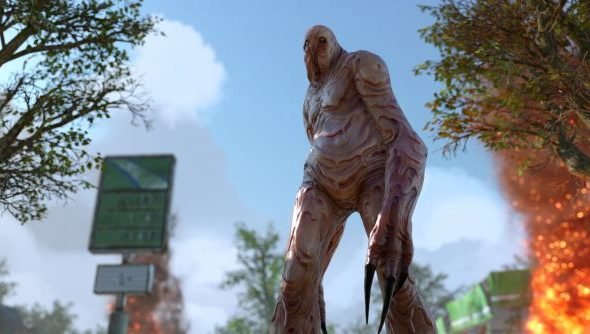 Three new videos have popped up on the XCOM 2 youtube channel in the past few days of interviews with creative director Jake Solomon and art director Greg Foertsch introducing one class and two enemies for the upcoming sequel. We’ve heard about them all before, but there’s some more details in these on how they are to play with or against and the aims of the art team in creating them.

While comparable to the Heavy from the first reboot, the Grenadier is actually focused on powerful AoE weapons rather than having it as a one-and-done ability. In a game that’s all about cover, lethal single shots (at least early on) and trying to deal with a far larger enemy force, that’s a powerful set of abilities. Exactly how this will balance out with team-mates packing more specialised weaponry – like melee weapons and various gadgets – remains to be seen.

Speaking of getting up close and personal:

There’s something very not-XCOM about the Advent enemies, but in the best possible way. Obviously it’s unclear until we get to go hands-on with the final version, but they’ve got a whole different style to them, both in terms of the sleek metal suits and the ways they’re going to come at you. They’re dangerous in human ways, rather than alien ones, and hopefully the final game reflects that rift and makes fighting each distinct.

Well that’s terrifying. It’s also yet another angle of attack, seperate from Enemy Unknown-style aliens and Advent. The description of their lethality and speed of movement, as well as how they pop out of civilians, actually reminds me more of the 90s’ games Cryssalids. If you never played back then, they make 2012’s offering look like teddy bears wrapped in candy that provide free hugs and fall over when you prod them. They pour from buildings and civilians at lightning speeds, instantly kill basically anyone they attack and take a real pounding to go down.

So that will be fun to fight against. Again.

Game’s delayed until February next year, which is probably only a good thing other than meaning we have to wait another four months for it. Jeremy had a little time with the dev team recently and will be writing up a big interview covering all aspects soon. We should have it for you on Friday.