How do you expand a game like XCOM 2? Its many systems are already delicately balanced; as the aliens progress from Sectoids to Sectopods, you have to juggle research, squad training, base building, and the strategic map in a frantic effort to keep up.

It’s not easy to see the gaps where new content can fit without throwing off the pace. Yet that’s what Firaxis say they’ve done with War of the Chosen – an expansion so huge it was almost XCOM 3. We’ve taken a look at how it comes together.

Click here for a full rundown of what’s coming in XCOM 2: War of the Chosen.

“You’re basically looking for holes,” game director Jake Solomon says, speaking with us at E3 this year. But War of the Chosen’s size also means an average playthrough of XCOM 2 is considerably longer “to accommodate all its new content.” The original’s three DLC packs have also been redesigned.

That content includes three new boss enemies, the Chosen, who will torment you throughout the campaign and develop new strengths – and weaknesses – each time you fight. Many other new enemies are added, notably the zombie-like Lost, and three new factions enliven your campaign on the strategic map. Win their allegiance, and you can use their powerful Hero soldiers. But that’s just scratching the surface.

We got our first look at how it all comes together when Solomon swung by the PCGamesN offices to let us play the third mission in War of the Chosen’s campaign. Our task is to broker peace between two of the new factions, and for some reason, we’ve picked a Lost-infested city for the meeting. In a neatly fitting extension of XCOM’s lore, the Lost are what happen when you get covered in the green goo from XCOM: Enemy Unknown. Hence, you’ll mainly encounter them in the now-ruined cities that suffered the brunt of the first war with the aliens.

The Lost waste no time, and I’m soon fighting off a small wave. It’s no sweat so far, though: the basic Lost have only two hit points, and whenever your soldiers kill one they get another shot. Since Lost aggressors don’t bother taking cover, a soldier can easily kill two or three in a single turn. It’s a breeze – at least until your weapons run dry. 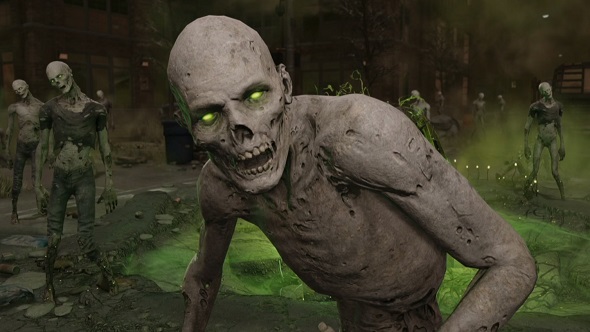 Previously, you’d run out of ammo once or twice in a mission, and reloading was more of an inconvenience than anything else. Against the Lost, it’s a central consideration – they’re a neat addition because they pressurise a mechanic that had been a little underused; fighting them feels new. And if you think they sound like ideal grenade fodder, think again – while effective, explosions will attract more Lost, so that’s strictly a last resort.

Indeed, it sounds like the Lost never stop coming. XCOM 2’s use of turn-based timers to discourage overcautious play was divisive (Solomon says he loves them, everyone else says the opposite), but the Lost achieve a similar result with more elegance. “The Lost function as a soft timer,” Solomon says. “They pressure the player to move forward because they never stop swarming, never stop coming. You can’t just camp there, or they’ll overwhelm you.”

On the wisdom of punching fuel canisters

Fortunately, the Lost hate Advent as much as you, and will even prioritise attacking them over XCOM. Advent have a strong response, though: the Purifier, a new soldier armed with a flamethrower. I speak from experience when I say don’t kill them in melee; they like to explode, as my Skirmisher learned to his detriment.

That’s one of the new faction hero soldiers, by the way – the Skirmishers are Advent defectors who get a grapple hook, and a number of abilities that enable them to take more actions in a turn. Like grapple-wielding XCOM troops, they can get around the map easily, but they also get a sweet attack called Justice in which they pull enemies toward them and batter them with a claw (just don’t do it to Purifiers). I also get to play with a Reaper, whose huge sight radius and powerful concealment abilities make her an excellent scout.

“We wanted them to feel heroic,” Solomon says, “so we gave them some very, very powerful abilities at the high end.” Faction heroes also level up differently than XCOM soldiers – rather than be locked into a binary choice at each rank, you’ll purchase their abilities with points earned in missions. In theory, you could unlock every ability in a hero’s skill tree, and there are loads. Presumably, enemies have been rebalanced to match, then? “We’ve made the late-game enemies a lot harder,” Solomon nods in response. “And we’ve added very difficult new enemies, like the Chosen and the Spectre.”

The Spectre is a kind of natural counter to powerful soldiers, in that it can cloak itself, sneak up behind your squad, and clone any one of them. This “dark copy” will then be able to use all the abilities of the soldier it’s based on.

No Spectres in the early part of the game I’m playing, though; they’re something to look forward to. We resurrect our mission-critical Skirmisher through the magic of reloading, and are soon attacked by our first Chosen: the Assassin. At this early stage, she has two strengths (immune to explosions, and doesn’t trigger Overwatch fire) and two weaknesses (she’ll take extra damage if she suffers three or more attacks a turn, and extra damage from Reapers). When you encounter her later in the campaign, she’ll have more traits, which will be accrued randomly. 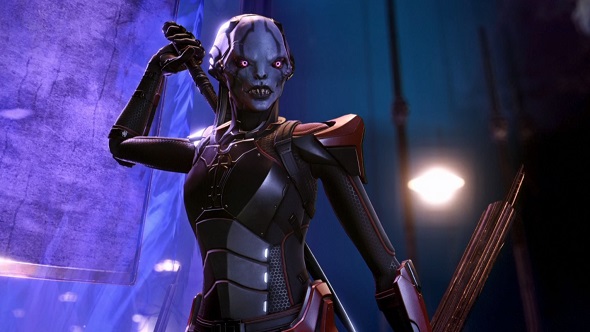 She’s tough. She has 15 points of health when the toughest of my soldiers have six, and is extremely mobile. She runs blithely past half of XCOM’s finest to slap a squaddie with her sword, then scampers off into the darkness again. That’s right: she can move after attacking. Each attack also ‘dazes’ her target, knocking them prone. They’ll stay that way until one of your soldiers moves next to them and uses a free ‘revive’ ability, and every turn you don’t, you risk the Chosen turning up and abducting them. We’re not sure what the aliens will do with abducted soldiers, but it’s probably nothing you want.

With no idea where she is and Overwatch useless, I’m forced to double-dash blindly in the vague direction she ran away. I’m feeling pretty vulnerable. Next turn, the Assassin unleashes a psionic blast that dazes two of my guys. This is good though; as it’s an ability rather than a normal attack, she can’t run away this time, and my mad dashes in the previous turn have given my Reaper a flanking shot. She lands a critical hit, and all 15 of the Assassin’s hit points vanish in a cloud of yellow blood.

Not so scary after all, but I think I got lucky. With threats like the Chosen, a few early losses feel more likely than ever, but that seems to be intentional and accounted for. Between the new soldier bonds and fatigue systems (see our E3 interview above), Solomon says there are both more carrots and more sticks to make you develop your squad’s strength-in-depth, and the extended campaign should give you the necessary time.

A skirmish not a war 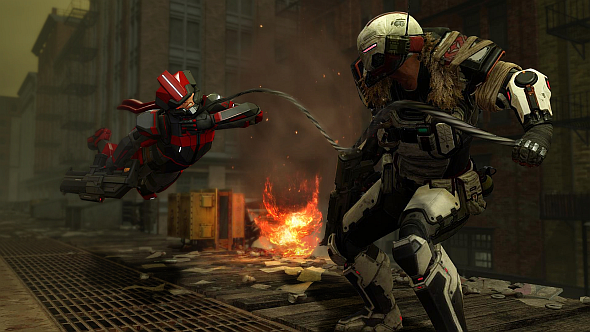 We fight off a much bigger wave of Lost (two dozen, easily) en route to the evac zone, and that’s a wrap. Exciting as it was to hear of the expansion’s features individually at E3, it’s a different thing to see them work together holistically. We’ve yet to see their impact on the strategic map, or on the long-term pacing of the campaign, but nothing I’ve seen from this first battle has shaken my confidence. At a tactical level at least, War of the Chosen shows promising signs of being a meaty, meaningful addition to XCOM 2.

XCOM 2: War of the Chosen launches on August 29. You can check out its Steam page here.