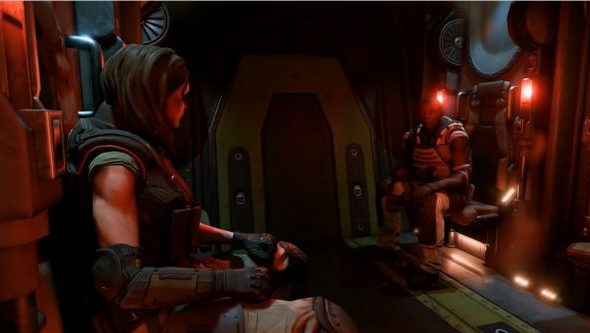 As the final part of their XCOM 2 PAX South presentation, Firaxis decided to show off the intro cinematic from the game. It’s previously been disallowed from showing in streams and Let’s Plays due to worries about spoilers, along with all other story content. Now the world gets to see it and how the first mission in the game is set up.

Read everything they had to say about XCOM 2 mods too. You’ll love it.

In the video, we see a little more of the ADVENT-controlled Earth, some more dark references to the gene-splicing going on that’s clearly part of the aliens’ big plan for humanity and XCOM kicking off the resistance proper with a nice big explosion.

Firaxis haven’t managed to get it up on YouTube yet, but you can see it in this Twitch archive. That link should take you to the correct timestamp but if it doesn’t, it’s at 3:18:50ish. We’ll update with a YouTube embed when we can.

It’s good stuff though, and continues an XCOM theme of linking their light story directly into what you do next. Ending with the squad you’re going to be using in mission 1 flying in is the best way to get you caring about these characters in this world immediately. One of the few parts of XCOM 2 we haven’t had any information on whatsoever is the plot beyond general setting, and I’m looking forward to exploring it come Friday. The original did a great job of making me care about its story characters despite them being totally unnecessary to my enjoyment of its systems.

This is probably the last we’ll hear from Firaxis about the game before release. I hope so, anyway. The only fault I can find with the game is how much has been shown before it’s out. There better be some surprises left.