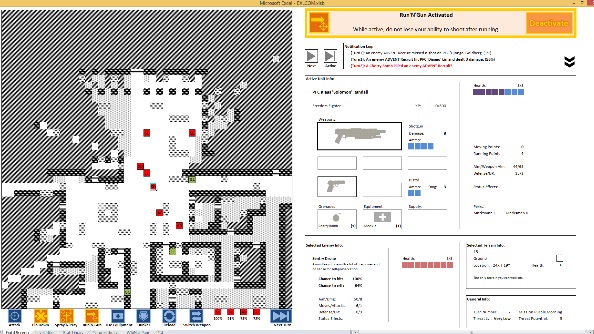 When the word ‘bedroom coder’ comes to mind, you’re likely to be thinking of a budding game designer creating their first work in something like Unity or Game Maker. Of all the software you could use to make a game, the last on your list will be spreadsheet creator Microsoft Excel. But that’s exactly the ‘engine’ behind this XCOM fan remake.

Here are some really good strategy games, none of which require Microsoft Office to run.

Reddit user crruzi has created a fully functioning XCOM tribute inside Excel. It’s his own little project to help him learn Visual Basic. “I just learned VBA [Visual Basic] for my job and wanted to get familiar with it”, he said on Reddit. “Because I love XCOM I decided to make it my project to code a complete XCOM game in Excel. The game is set between the events of XCOM: EW and XCOM 2, where a group of guerrilla fighters try to liberate their city from ADVENT control.”

Just a couple of months ago, crruzi had no idea how to code. At all. And now he has created a complete tactical portion of XCOM. The left of the screen displays the map along with soldiers and enemy units, while details of equipment lies in the right panel. Battle isn’t quite as animated as it is in the big-budget Firaxis game, but it functions pretty much identically, even if it is just coloured cells you’re commanding. crruzi is working on the base management sections now to complete the game.

What have you created in Microsoft’s Office suite that you can be proud of? I made this news story, which is certainly less impressive.