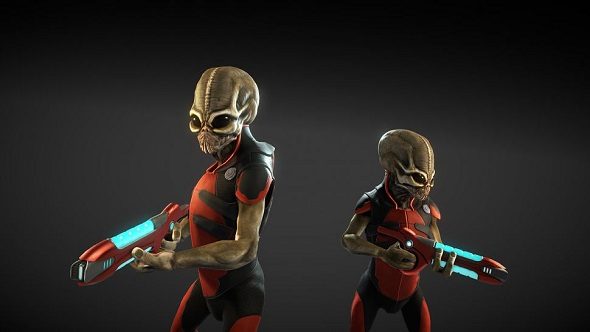 Good news commanders, as Goldhawk Interactive are starting to release regular pre-alpha builds of Xenonauts 2 via digital distribution service GOG. While an initial demo released back in December, this GOG version is hoping to get more eyes on the sequel, in order to get the balance just right ahead of Xenonauts 2’s Steam Early Access release.

If you’re a strategic mind, have a gander at these other great PC strategy games.

One of the main complaints of the original Xenonauts was that it was very difficult. Combat was often way too slow, the UI was a beast to wrestle with and missions were often punishing for novice squad leaders. This early demo of the game is seeking to alleviate some of the difficulty issues for the sequel, as well as ensuring general game stability.

This early demo will be periodically updated via GOG Galaxy, with the next version set to release on February 28. However, playing this early technical test will not gain you access to the full game, with players having to buy the Steam Early Access version if they want to test Xenonauts 2 further.

One of the most obvious things you’ll notice about Xenonauts 2 is its move to 3D, dropping the 2D art style of the original and bringing this XCOM offshoot into the modern era. The move into 3D should help casual XCOM fans at least give Xenonauts 2 a fair shake, as this installment looks more familiar when compared to the current era of XCOM titles.

You can download the demo right here and look out for the first update coming on Tuesday. Goldhawk Interactive are planning to release fortnightly updates to this single mission for a short while, before eventually switching to Steam Early Access and charging for this alien hunting strategy game.