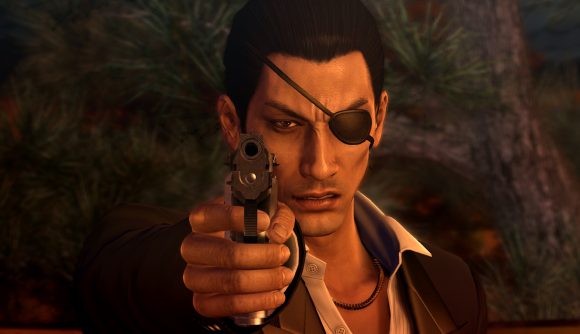 Another Yakuza title hits Steam this week, but that’s not the only good news for Japanese underworld enthusiasts on PC. Yakuza 0 has a major patch currently in beta which will add some notable features to the Steam release, fix some big visual bugs, and perhaps most notably, the update suggests the game is dropping the controversial DRM layer, Denuvo – just in time to build some goodwill ahead of the Yakuza Kiwami PC release date.

The DRM change is yet to be confirmed, but users on the Steam forums have noted that the executable has dropped from 220MB to 20MB, and the file now loads up significantly faster – which suggests it’s no longer calling out to a server before starting. Yakuza Kiwami (which still isn’t even out yet) dropped Denuvo a few weeks ago, as shown on SteamDB.

More concretely, this update adds an FOV slider and proper support for ultrawide setups, even including border art for those bits that can’t fill the aspect ratio. There’s now a menu option to choose what monitor your output to, a background audio slider, and a UI toggle. In short, it’s getting many more of the options you’d want a PC release to have in the first place.

Additionally, this patch fixes a big lighting issue, which had a particularly notable effect on one of the game’s biggest story moments. You can see a clip of it below, but be warned of spoilers.

The patch is currently in beta, but should hit the proper game soon. You can see the patch notes on the Steam forums.

Play your way: Dig into the best open-world games on PC

Check out our Yakuza Kiwami PC review while you’re at it – for my money, 0 is still the best game and best starting point in the series, but the impending release of Kiwami looks to bring us more Yakuza goodness on PC.