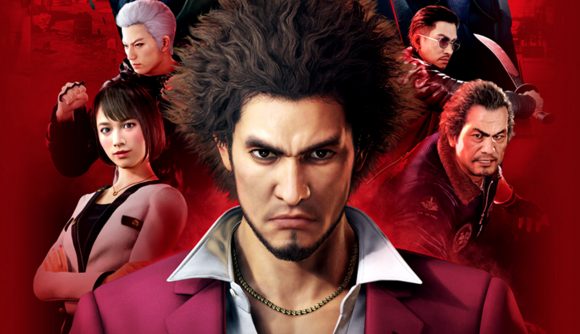 The new studio from the director of the Yakuza series – right up until Yakuza: Like A Dragon – will focus on “games with dramatic and moving stories”. The Yakuza games are some of the best story-based games around so expect something similar from Nagoshi Studios. The studio has also shared that its first game will attempt to “reach a global audience” outside of Japan.

Just last year, Yakuza series director Toshihiro Nagoshi confirmed that he was leaving SEGA to start his own studio, despite being with the publisher for over 30 years. While the new Nagoshi Studios hasn’t yet revealed its first title, a new interview with IGN makes it sound like it will be another story-focused RPG in a similar style to the Yakuza games. “You won’t find us making, like, smartphone puzzle games or whatever,” Nagoshi confirms.

“We are influenced by movies and are interested in creating games that offer a high level of human drama,” Nagoshi explains. “I hope to create games in that vein that can reach a global audience.”

The director adds, “what we’re good at and what the world expects from us is games with dramatic and moving stories, and that’s what we want to make. So that’s where our focus is.” As for what the studio’s first game will be about, Nagoshi is keeping things mysterious. “There is one idea in particular from my personal locker that I’d like to try to expand on now. Now the idea is slowly taking shape, with the input of the team.”

While Nagoshi wouldn’t say whether the game would be set in Japan, like the Yakuza games have all been, he does say that he doesn’t think “the setting is that important” for the game to be a “worldwide success”. “There must be something stronger, such as an emotional story, or the balance between gameplay and storytelling, and the overall quality being high… If the quality is good then anyone anywhere should be able to enjoy it.”

The Yakuza series has been extremely successful for SEGA, selling 2.8 million copies on PC alone, so hopefully Nagoshi Studios will be able to recreate that success with more great open-world games.