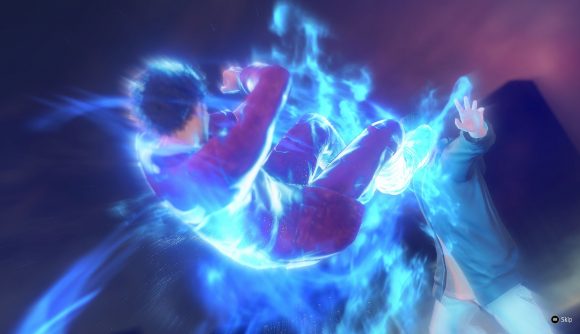 A missing feature has been restored to Yakuza: Like a Dragon in the latest patch: now you’ll be able to see when enemies are weak to a specific attack. The latest patch for Ryu Ga Gotoku Studio’s newest crime game restores the ‘Weak’ text displayed above enemies’ heads when you’re about to use attacks that will do additional damage.

Unlike previous Yakuza games, Yakuza: Like a Dragon uses a distinctively JRPG-style turn-based battle system in combat. Your characters will learn various attacks as they take on new roles, and many of these are elemental. Up until now, you’ve had to rely on memory to know whether a particular enemy type is weak to a certain element, although you can always refer to the Sujidex for clarification outside of fights.

However, update 1.3 for Yakuza: Like a Dragon restores the ‘Weak’ text graphic that was intended to display over enemies’ heads when they’re susceptible to a particular attack type. This ought to make target assignment planning much easier for Ichiban Kasuga and his merry band of fellow heroes.

As convenient as it’ll be to have this indicator, its absence hasn’t dulled our enthusiasm for the game, as you can read in our Yakuza: Like a Dragon review. The battle system as shipped didn’t push back against your progress very much until well into the game, so knowing specific enemy weaknesses was never too important.

We’re looking forward to hearing what Ryu Ga Gotoku Studio has in store for the series when the developer hosts its Yakuza 15th anniversary livestream December 8.