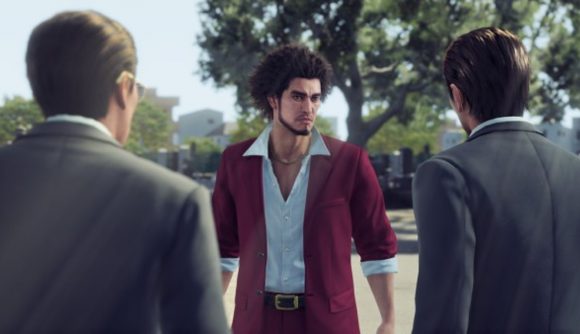 Sega recently announced that Yakuza 7 will feature turn-based combat, JRPG-style – a bit of a change for the series. Now, it looks like we’ve got some more details on what to expect of the action-adventure series’ newest addition, courtesy of Japanese videogame magazine Famitsu – but it’s not all change.

User Nibel has flagged up some “new Yakuza 7 details” on Twitter, linking to what appears to be (via Google’s translation) a “‘Ryu ga Gotoku 7’ development team interview taken from the most recent issue of Famitsu – and it contains some interesting new nuggets about the game. User BlackKite has also offered what seems to be side-by-side images of the original Japanese text and an English translation, providing a similar translation.

First up, it sounds like the game’s playtime will be longer than any of the series’ past titles. The (translated) post says “the total play time will be longer than the past. It will take more than double the main story alone.” While it isn’t fully certain from this whether Yakuza 7’s main story playtime will actually be “double” any of the previous titles’, as it perhaps suggests, its general meaning seems pretty clear – it looks like Yakuza 7 will feature a lengthier experience that its predecessors for players to get stuck into.

Other highlights from the post include the ability to assign members of your group jobs, RPG elements like equipment that you’ll be able to strap to each body part, such as “head, torso, legs, and accessories.” The game will also introduce fast travel, plus a map area where foes are so tough that you won’t be able to get on if you don’t build up your characters enough, according to the translations.

Another includes an interesting change to access restrictions in the game: it says the devs aren’t going to base them on “story progress like before. The strong enemies are going to be the wall instead.”

One thing that doesn’t look set to change about the game, however, is the feel of travelling around its map: the post says “the sensation of walking around the town won’t change from past series.” And while, if the translations are accurate, it looks like Yakuza 7 could well take the series in a bit of a different direction, the devs also say that “this is a numbered title because the studio thinks this is a legitimate Yakuza game,” so it looks like it’ll also be a fitting next instalment to the Yakuza world. Hopefully fans will feel right at home when it launches next year.