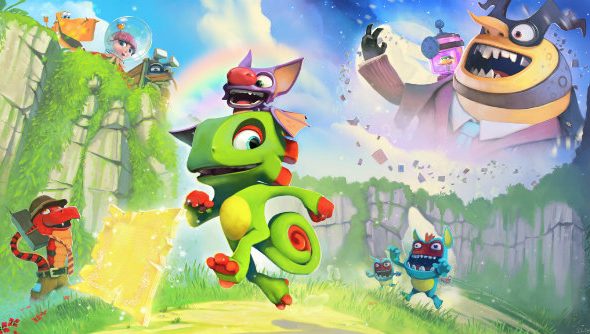 Yooka-Laylee developers Playtonic recently announced that their upcoming 3D platformer, Yooka-Laylee, would be delayed by a few months while they add more polish. Reaction to this hasn’t been as bad as they might have been expecting, they say.

“It’s always difficult, because we want to keep people happy, but we’ve been so lucky we’ve got so much trust from our fanbase,”Playtonic’s Andy Robinson tells PCGamesN. “We’re extremely lucky in that regard.

“The backers have shown so much faith and so much trust that when we say we want to spend a couple more months polishing the game, the reaction was almost unanimously good. We want to reward all the good faith everyone’s shown us with a great game. It’s our priority to put out an amazing game. We don’t want to rush it out if it’s not ready.”

This contrasts against the reaction to No Man’s Sky’s recent delay. Though the space sim was only pushed back by six weeks, in contrast to Yooka-Laylee’s multi-month delay, Hello Games were hit with a spate of death threats and internet bile.

Isn’t it ironic that Yooka-laylee, a game seemingly aimed at a younger audience, would get a much more measured, mature response from its fanbase.