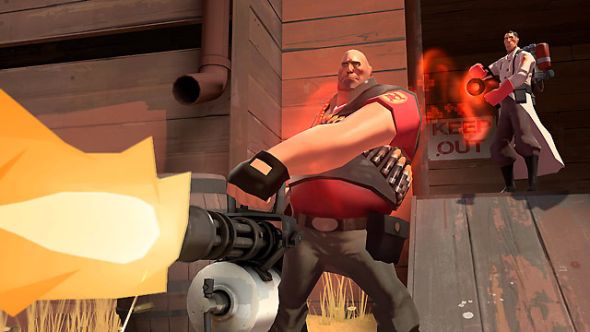 Several noted streamers have had their YouTube channels sanctioned or terminated after posting videos that direct users to their Twitch streams, and while YouTube says it’s just a matter of enforcing existing policy, some streamers say it’s not being done fairly.

Team Fortress 2 streamer Surny’s YouTube account was terminated July 11 when he received a ‘strike’ for posting a video titled “lol,” which pointed users to his Twitch channel, where he was starting a livestream.

YouTube has said it’s enforcing a policy to keep the platform free of spam, and content whose main purpose is to “drive people off of YouTube and onto another site” is usually considered spam.

Speaking of Team Fortress 2, here’s our list of the best free games on Steam.

As Polygon reports, Linus Tech Tips also got hit with a recent strike, and it also was for using YouTube to publicize their live WAN Show, which they broadcast on Twitch.

LTT acknowledged that the “spam” guidelines were established a while back.

“To be clear these guidelines have existed for a long time,” the group tweeted when they got the strike last month. “The enforcement is new.”

Team YouTube responded to LTT’s tweet, saying that there isn’t any new enforcement and that it’s fine to promote Twitch streams on the platform. However, content that has no audio or video, and just links out to another platform, will often be counted as spam.

You can absolutely create videos that promote or link to Twitch! And there’s no new enforcement. As stated in our Community Guidelines, if the content’s main/sole purpose is to drive people off YouTube and onto another site, it will likely violate our spam policies.

As Doomsday points out, the one-strike-and-you’re-out enforcement used in Surny’s case seems pretty suspect, particularly in light of Logan Paul’s relatively light punishment following a series of tasteless stunts posted to his channel over the past year. And given how common it has been to promote Twitch streams using YouTube, the suddenness of Surny’s termination stands out as strange.

Both Engadget and Polygon reached out to YouTube for comment on the issue, and were directed to the series of tweets by Team YouTube in which they responded to Linus Tech Tips.

For his part, Surny is continuing to stream on Twitch. “Uh oh,” he tweeted earlier today. “It’s one of those STREAMS on the forbidden website.”

He included a link to his Twitch channel, and an animated .gif of a triumphant Skeletor. His YouTube channel is still in a suspended status.